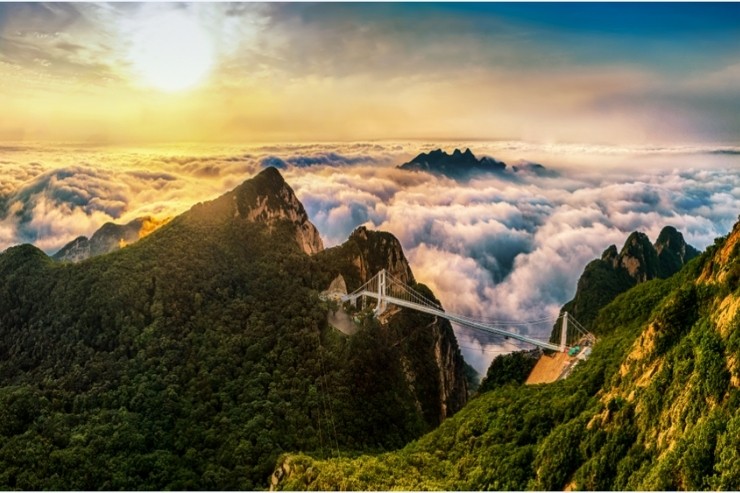 Fengcheng city has received extensive attention for its mountain delicacies, according to the Publicity Department of the CPC Fengcheng Municipal Committee.

As the first activity of the 1st Northeast Asia Popular Cuisine Culture Exchange Week, Fengcheng city has received extensive attention for its mountain delicacies, according to the Publicity Department of the CPC Fengcheng Municipal Committee.

Fengcheng City, located in Dandong, a port city on the border between China and North Korea, is named because it is located at the foot of Phoenix Mountain, the first famous mountain in Liaodong. It is rich in products and various mountain treasures, including chestnut, blueberry, hericium erinaceus, tussah and other green organic food, which have become the people's delicacies. In particular, the soft jujube (also known as little kiwi fruit) produced here is nutritious and tastes sweet. Most products in the Chinese market come from here. In the activity of "Mountain Cuisine", Chinese and foreign chefs performed creative cuisine at the foot of the beautiful Phoenix Mountain and using local rare ingredients. Chinese chef's "Kung Fu Panda picking soft jujube" and Japanese chef's "joyful harvest of perilla cotyledons" are impressive.

Fengcheng City promotes the advantages of "mountain scenery" and "mountain cuisine" in recent years, such as Phoenix Mountain, hot spring water, local local products, etc. It has produced better social and economic benefits, and the reputation and popularity of Fengcheng continue to rise.