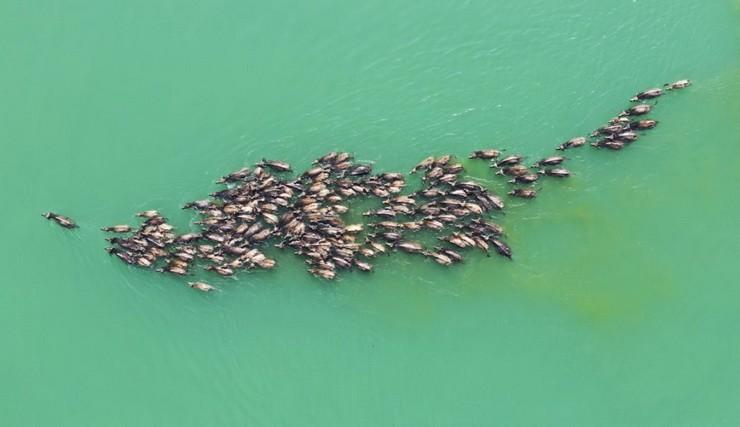 A herd of cattle cross the Jialing River towards an island for grass on April 30. Such a grand scene in Peng'an county, Sichuan province appears repeatedly everyday between April to October.

The county is famous for a natural scene called "hundreds of cattle crossing the river."

Pengan, China - A cattle-herding festival was launched in Peng'an county, Sichuan province, on April 30, attracting tourists from all over the country to enjoy this natural wonder and a newly restored ancient town.

The grand scene repeatedly occurs from April to October and has become popular among tourists. Therefore, the local government launched an annual cattle-herding festival in 2010. The yearly festival begins on the last weekend of April.

Peng'an is also well-known for Xiangru Ancient Town, which was the hometown of Sima Xiangru (179-118 BC), a statesman, poet and musician from ancient China.