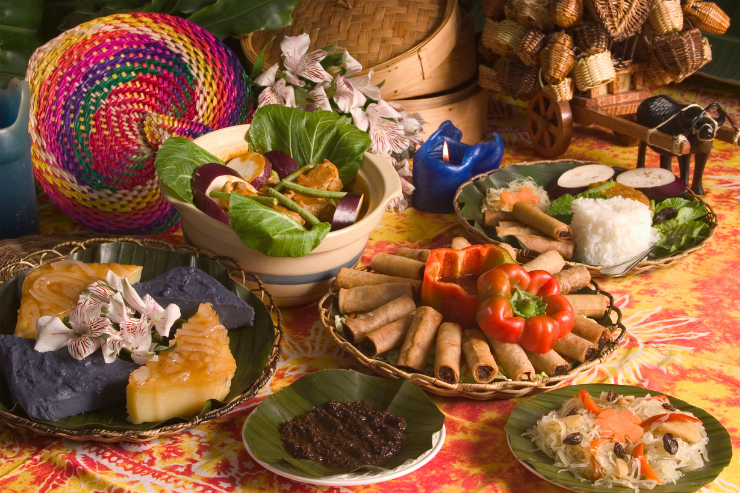 The EatsMoreFuninthePhilippines social media campaign invited top social media food influencers on both coasts to experience the tantalizing tastes of this island nation with top chefs and restaurants in New York City and San Francisco.

Top-rated influencers, such as @AllieEats and @BeFatBeHappy, and several other hungry influencers (noted below), waded deeply into the Filipino food scene in each city, hitting famed restaurants, including Tradysion in NYC and Alnico in San Francisco, among many others. One look at the posts and you’ll be swept away to an island nation that encompasses a deep and rich cultural history that combines urban sophistication, local wonders, mind-boggling landscapes and world-class tropical resorts. With a range of casual comfort food to James Beard Award-winning sophisticated taste experiences that reflect the Philippines itself, staples like Ube Pancakes to Beef Mechado and Pochero to Pininyahang Manok will leave you breathlessly wishing for more.

The Philippines has become increasingly relevant for today’s discerning travellers, adventure travellers, scuba divers, surfers, families, couples and foodies everywhere. It’s that rare destination brimming with authenticity and unparalleled experiences. It’s nestled in the Western Pacific in the Southeast Asia region and includes more than 7,640 islands. In addition to its celebrated food culture, there are endless ocean views that always capture the heart and some of the world’s most exhilarating and famous scuba diving. Where there are islands, eating and scuba diving there are sunsets, beaches and 19 of the world UNESCO World Heritage Sites that range from the Chocolate Hills National Monument to the Historic City of Vigan.

Philippines Department of Tourism, San Francisco’s Senior Tourism Operations Officer, Zeny Pallugna notes. “We’re excited to open our country to the world again and could think of no better way to inspire travellers than through our food. We have such great diversity of flavours, cultures and things to do in the Philippines, and there’s no better way to understand this than eating the Pinoy way. Except, of course, going to the Philippines to experience it first-hand.”