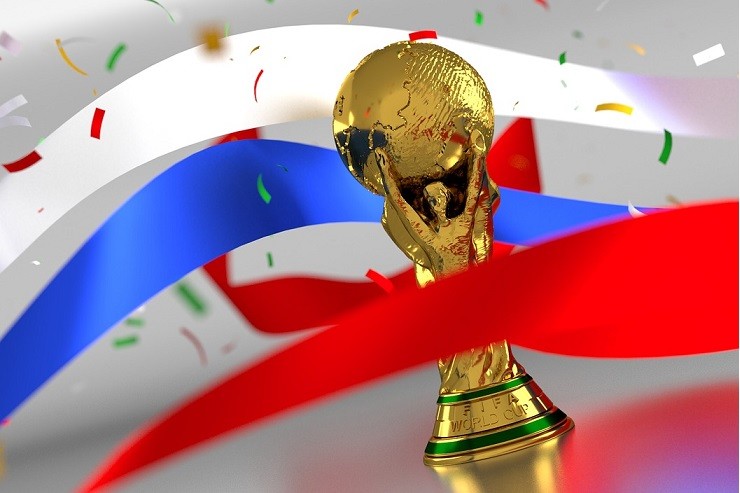 Their growth from tourism certainly won't be improving on the back of the World Cup, but in general, is a good thing a World Cup from a tourism point of view.

In 2018, Russia hosted the FIFA World Cup for the first time.

At the time, organisers proudly boasted that it would generate huge sums in gross domestic product growth over the following decade, around $31bn (₹2.4tn). They credited tourism and infrastructure as the key drivers for this growth, brushing off the $14bn (₹1.1tn) it cost as a mere investment in the future.

History will tell us the Russia project was ill-fated due to other aspects of their foreign policy. Their growth from tourism certainly won't be improving on the back of the World Cup, but in general, is a good thing a World Cup from a tourism point of view?

This winter, FIFA's showcase event touches down in Qatar, a nation that has never qualified for the tournament and has only had a domestic league in place for fifty years. Kicking off in November, it will see the likes of France, England and Argentina attempting to add to their current titles. The Asian interest comes in the form of Japan and South Korea, co-hosts in 2002, but despite a lack of other Asian teams, the thirst for football in countries like India suggests the tournament will still be a huge draw. Many will be rooting for Brazil, the pre-tournament favourites in the Ladbrokes football odds, who will be seeking to lift their first World Cup since 2002, and the Qatar tourism minister believes the presence of those teams and the event's prestige will bring a huge boost to the country.

"It is our belief, and seemingly the belief of all the hospitality investors setting up new properties in Qatar as well, that travellers will get a taste of Qatar during the tournament and will not be able to get enough," he said in an interview ahead of the tournament. Whilst that might be his belief, tourism on the back of a World Cup is something of a debated topic.

Brazil, hoping to live up to their billing as pre-tournament favourites, enjoyed the same prestige ahead of the 2014 event. It was on home soil, and billions were invested in the infrastructure to host the event. In the small town of Manaus in the rainforest, $46m (₹3.6bn) was spent on a stadium that hosted two matches. Today, it stands empty and unused, tourism to the area hasn't improved, and there's even a suggestion it would better serve the community as a prison.

That doesn't stop potential host countries from pushing the tourism angle when justifying spending huge sums of money on the competition. Whilst Qatar 2022, Russia 2018 and other tournaments such as Italy 1938 and Argentina 1978 were mostly political picks, FIFA still blindly insists it takes the World Cup where there will be an economic benefit. Canada, the United States and Mexico will jointly host 2026; it will be the second time the US have hosted the event and the third time it's been to Mexico. Despite no proven record of tourism being boosted in the longer term, the official US Soccer announcement for the bid claimed 'host cities and countries would profit from global media exposure, boosting long-term tourism by raising the profile of host cities'.

The real winner is FIFA. Brazil 2014 might not have befitted the people of Manaus significantly, but Yahoo reports it generated $4.8bn (₹380bn) for football's governing body. Four years later, Russia 2018 delivered $5.36bn (₹424bn). Those numbers demonstrate why FIFA wishes to host the event every two years, and why 2026 will be the first 48-team World Cup, a move designed to ensure no huge revenue markets are missed. This winter, Italy won't be at the tournament, which means lost revenue within that sector for FIFA.

Sadly, whilst tourism is pushed as a key driver behind hosting a World Cup, there is no real proof of the long-term impacts in that sector. It could be argued that infrastructure is improved for some host nations; South Africa had the event in 2010, and whilst the event did help improve infrastructure, it is up to the host nation to capitalise after the tournament.

"The World Cup is very good at creating a deadline for infrastructure spending that might have occurred but only in the medium to long term," said Johan Fourie, an economics professor at Stellenbosch University in South Africa. "There's certainly been a benefit -- but at what cost?"