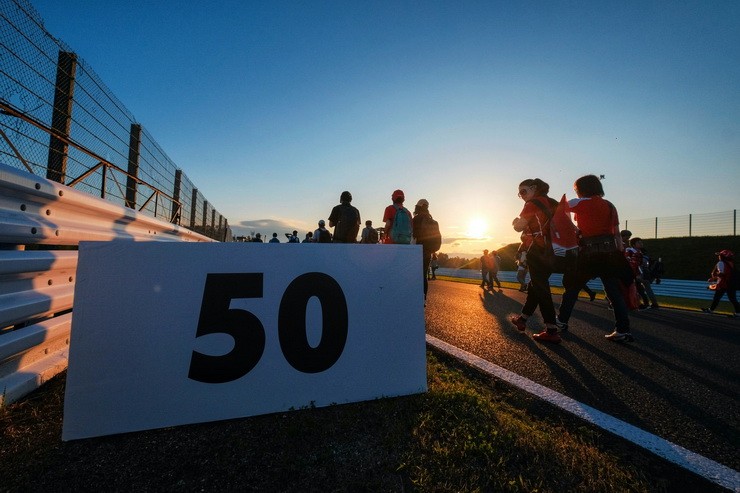 While the accommodation sector is likely to benefit greatly from F1’s return to Asia, airlines and other transport firms won’t enjoy any such boost.

Despite describing its competition as a “World Championship”, Formula 1 is a sport that is very much centred around Europe. All of its most historic circuits are found in countries like the United Kingdom, Belgium, Italy, and Monaco, while almost all of its teams are located on the continent too.

The series has, in recent years, begun to lose its Euro-centricity by adding races in the Middle East and North America. It has also attempted to host Grands Prix in India, Vietnam, South Korea, and Malaysia, though sadly they have not remained staples on the calendar.

That doesn’t mean Asia has been excluded entirely from Formula 1. Japan was, for a long time, the sport’s only Asian host and the country’s automakers Honda and Toyota have both featured heavily in the sport.

Singapore and China have seen Formula 1 cars turn their wheels toward these shores in the past. The former became the first to host a night race in 2008, a spectacle that has since been replicated elsewhere in the world.

In 2020 and 2021, F1 didn’t make any stops in Asia, with the exception of races at Instanbul Park, a track that sits a stone’s throw from the Bosphorus Strait, and Baku which sits just south of the Caucus mountains. Scheduled races in Vietnam, Japan, China, and Singapore all had to be cancelled due to the disruptions caused by the season’s start being delayed until July.

However, for 2022, Formula 1 will be returning to South East Asia with the Marina Bay Street Circuit and the Suzuka International Racing Course both hosting Grands Prix in early October.

The record-breaking calendar will feature 23 separate races with many classic venues returning for the first time this decade. It’ll be great for almost everyone in the sport as TV broadcasters can offer a more varied fixture of events, race organisers have the opportunity to sell tickets, and sponsors have additional venues to show their branding at.

The sports betting industry will also likely see an upswing in wagering volumes as F1 fans return to placing bets on their favourite races. Sportsbooks in regions like the United States will also keep offering free bets to their customers throughout the 2022 season, which should help to increase this volume further.

But can F1’s Asian return also be a benefit to the region’s travel industry? Photo by shawnanggg on Unsplash

Accommodation
Accommodation is a big part of any Formula 1 race weekend. During 2020 when races were run as “Closed Events”, teams were limited to just 80 people at the track. That included drivers, leadership staff, mechanics, chefs, trainers, marketing, and admin personnel. Outside of these restrictions, teams can almost hit this limit with just their technical staff.

Across the teams, that means there can easily be as many as 1,000 people that need to be housed for three or four nights. On top of that, the FIA and Formula 1 need accommodation for their employees, as do the hundreds of journalists and broadcasters that report and commentate on each Grand Prix.

That also doesn’t account for the thousands of spectators that descend on each of the three days of on-track action.

In Singapore and Japan, where F1 races will be taking place this year, the local hotel industry will benefit greatly from the increased demand over the few days they’ll be there.

Airlines
One of the reasons why Europe has been the centre of Formula 1 for such a long time is that it is simply much easier to host a series of races on the continent than it is in other parts of the world. That is why the middle part of the year is often referred to as the “European season” as teams often just hop from country to country, transporting everything via giant convoys of trucks.

Events in Asia and other non-European continents are typically referred to as “fly away races” because all of the cars, equipment, and people must be flown to the country.

Asian airlines are less likely to benefit directly from the return of the sport as much of this precious cargo is flown using planes that are charted directly by Formula One Management and its official logistics partner, DHL.

Therefore, while the accommodation sector is likely to benefit greatly from F1’s return to Asia, airlines and other transport firms won’t enjoy any such boost.

Main photo by Patrick on Unsplash