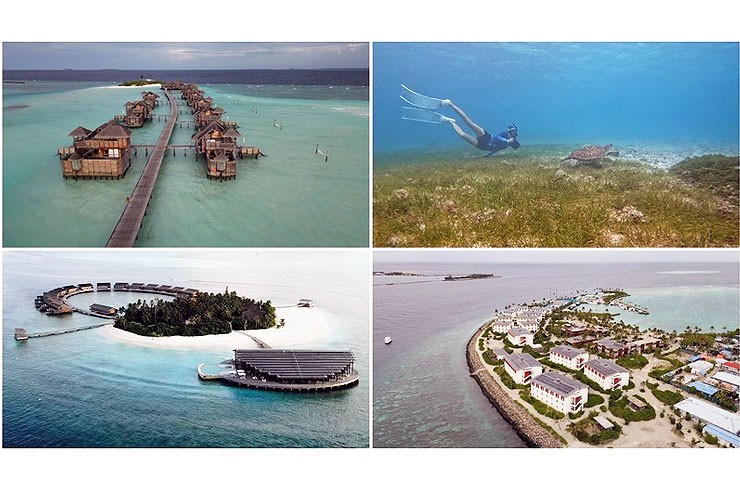 HONG KONG - Maldives is the world's lowest lying country, making it incredibly vulnerable to the effects of climate change. With tourism and its related sectors accounting for over 40 percent of the archipelago's economy, it has become more important than ever for the local travel industry to embrace sustainability. In a brand-new 30-minute special called 'The Journey Matters', CNN explores how Maldives' luxury tourism sector is heading in a greener direction – a move that is increasingly crucial for its future survival.

The programme first travels to the Male Atoll, home to a 45-villa luxury resort called Gili Lankanfushi, where, like the rest of Maldives, the impacts of climate change are becoming increasingly obvious. CNN hears from marine biologist Jocelyn Panjikaran, the resort's sustainability manager who looks after the day-to-day operations of the green initiatives across the property – a role which is now common to resort life in the Maldives, as hotels look to adopt more sustainable practices. CNN also meets Ahmed Majid, the resort's chief engineer whose first-hand experience of the country's changing landscape has made him more environmentally conscious and supportive of the evolving sustainability standards.

It's then off to the Laamu Atoll to meet Aminath Angeela, a sea turtle biologist with the Olive Ridley Project, an NGO working to rescue turtles and their habitats. Around this atoll, the NGO has identified over 730 green and hawksbill sea turtles. Angeela monitors their nesting activity and oversees the overall turtle population in the area. Her work is part of the Maldives Underwater Initiative, spearheaded by the Six Senses Laamu resort located on the atoll, which focuses on research, education, and community outreach to better protect and understand local marine life. The initiative's research coordinator Miriam Staiger also takes CNN out to see one of the ocean's most vulnerable species – seagrass.

Next, CNN heads to Kudadoo Maldives Private Island, where chief engineer Priyantha Kulathunga shows us one of the property's most defining features: a solar panel installation on the roof of the resort's social hub, made up of nearly a thousand solar panels built over an area of more than 17-thousand square feet. The installation powers the entire resort, including the villas, restaurants, compost and recycling machines, as well as water treatment and bottling stations. The resort's general manager Brad Calder explains that he'd like to see the resort's solar initiative scaled up even further, as Kudadoo looks to do more in making the archipelago greener in the future.

Finally, 'The Journey Matters' travels to Fari Campus, one of four manmade islands that make up the Fari Islands. Here, CNN meets two young Maldivians who are working their way up in hospitality at the Patina Maldives resort, and hears from them about the changes they hope to bring to the table, such as serving up plant-based food at Patina's restaurant Roots.