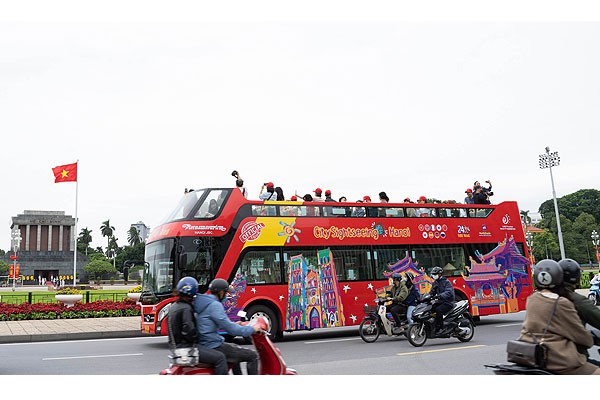 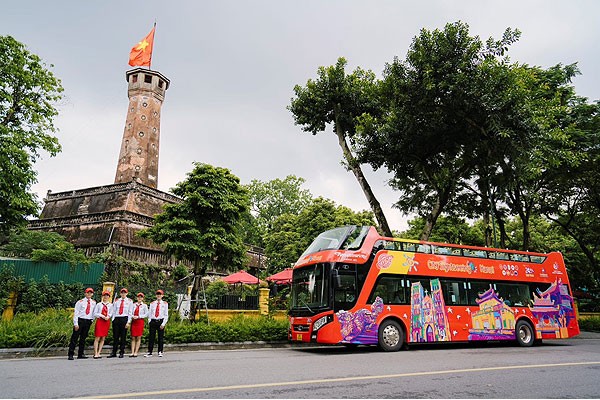 SEVILLE, SPAIN – In the midst of the COVID-19 global crisis, City Sightseeing continues its international expansion by inaugurating its first operation in Vietnam in Hanoi and announcing the next launch in Saigon (Ho Chi Minh City), two launches which allow the global brand to boost its growth in Asia. These two new operations send a message of confidence and hope to the entire travel industry, adding two new and exciting destinations, which will be followed by new developments in the country, to the company's portfolio.

Since the end of October, City Sightseeing Hanoi has shown visitors to and residents of the city the Vietnamese capital’s most emblematic places on a tour with 14 stops in the most touristic areas of Hanoi. Quan Thanh Temple, Tran Quoc Pagoda, Ho Chi Minh Mausoleum or the Temple of Literature are among the iconic places that the City Sightseeing double-decker hop-on hop-off bus tour passes by.

Starting in December, City Sightseeing Saigon will reveal the most iconic sights of Vietnam's most populous city and one of the largest metropolises in Southeast Asia. Ancient Saigon is one of the most amazing destinations in the region, packed with museums and leisure venues, oriental architecture and French colonial buildings.

With these launches, in addition to expanding the presence of the global brand in Asia and establishing a base for new developments in the country, City Sightseeing continues to expand in emerging markets, where it also contributes to local and regional economic development.

City Sightseeing has announced these launches during the celebration of the Tourism Innovation Summit, which is being held in Seville until November 27 with the global brand as one of the Global Partners.

Even in the worst conditions for the international travel industry, City Sightseeing has managed to expand its product portfolio in destinations where it already operated, such as Malta and Dublin, with new boat tours. With these additions, the company consolidates its new vision – offering intermodal transport alongside the most exciting third-party attractions.

This is what you need to know:

Enrique Ybarra, Founder and CEO of City Sightseeing Worldwide: “We are delighted to be able to offer our customers around the world such an attractive destination as Hanoi. This launch is very important for City Sightseeing because of what it means in our expansion plan in Vietnam and throughout Asia, but it is also a symbol of the strength of the travel industry. Despite experiencing the worst crisis we have ever had to face in our industry, we have been able to continue creating jobs and wealth in new destinations. I am confident that this good news will inspire more companies in the sector and that it will encourage travellers to return to travel as soon as the situation allows".