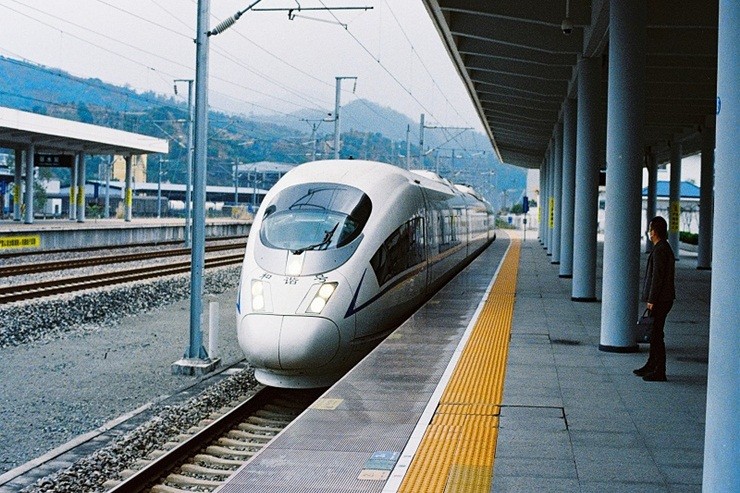 The high-speed train will have a 5G live broadcast studio.

China has launched a customised Fuxing bullet train with the capacity to run at a top speed of 350km/hour.

As part of its inaugural journey, the train travelled along the high-speed railway connecting Beijing and Zhangjiakou, the co-host city of the Beijing Winter Olympic Games.

The Beijing-Zhangjiakou high-speed railway will support passenger services for the 2022 Beijing Olympic and Paralympic Winter Games, which will run from 21 January to 16 March.

This train is said to be the world’s first high-speed train to feature a 5G live broadcast studio, which can broadcast content using 5G.

The eight-car electric multiple unit (EMU) bullet train will be able to accommodate more than 560 people, with one of the carriages including a media workspace.

The train will also include air-cleaning devices, lockers for ski gear and wheelchair-accessible spaces, as well as supporting the BeiDou Navigation Satellite System.