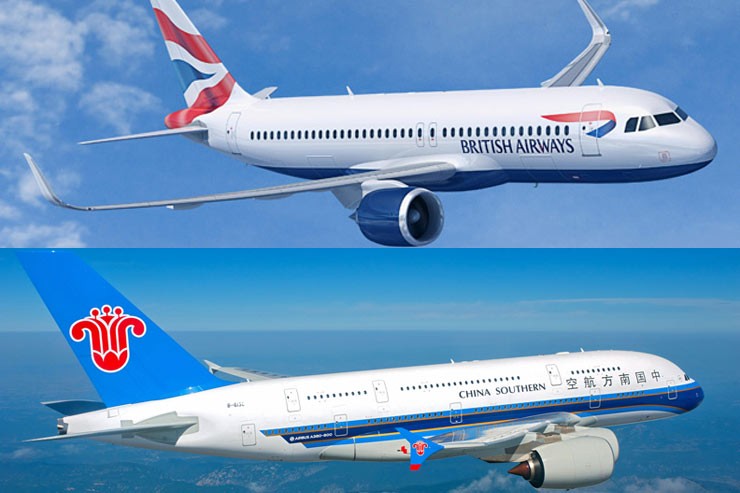 China Southern Airlines and British Airways have reached an agreement on their intent to expand cooperation, confirmed through the signing of a Memorandum of Understanding (MoU) in London. This year, they plan to expand the current codeshare agreement on each other’s networks and implement reciprocal frequent flyer benefits (FFP) resulting in an improved customer offering.

In the future they will have codeshare cooperation on British Airways’ & China Southern Airlines’ operated flights between the People’s Republic of China and the United Kingdom as well as expanded codeshare on each other’s respective domestic networks.  Additionally, they plan to implement FFP cooperation, enabling members of the respective carriers’ frequent flyer programs to earn and redeem miles.

Rishi Kapoor, British Airways’ Head of Alliances, said: “We are excited to build a closer relationship with China Southern, as we look to develop existing connections and help drive leisure and business travel between the UK and China. The signing of this MoU will help us strengthen our network beyond our existing services to Beijing and Shanghai from London Heathrow, to give customers the chance to travel to new destinations.”

China Southern and British Airways started a codeshare agreement in 2017. Currently, the two airlines codeshare across ten routes; these are the China Southern operated Shenyang/Harbin/Changchun to Shanghai and Dalian/Changchun to Beijing flights and the British Airways operated Edinburgh/Glasgow/Manchester/Newcastle/Belfast to London Heathrow flights.