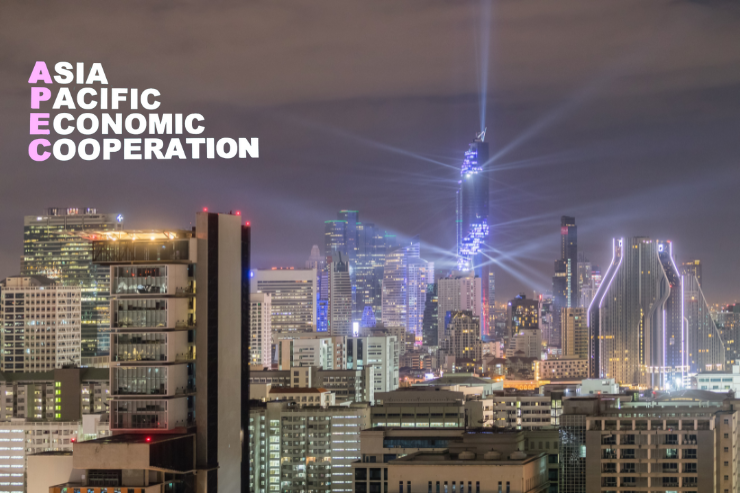 Beijing, China - Since joining the Asia-Pacific Economic Cooperation (APEC) 31 years ago, China has been committed to regional partnerships and win-win cooperation, and this year the Chinese side reiterated the importance for a free and open trade environment for the APEC economies.

Home to 2.9 billion people, the 21 APEC member economies share a total economic volume of over 60 percent of the world's total gross domestic product (GDP). Amid the headwinds coming from the pandemic, high inflation, geopolitical crisis and climate change, APEC members sat down in Bangkok, capital of Thailand, and decided to further deepen their multilateral cooperation.

That is also the pillar for the realization of the Putrajaya Vision 2040, Xi added.

More should be done to safeguard the rules-based multilateral trading system, keep global industrial and supply chains secure and stable, foster an open, fair and non-discriminatory trade and investment environment, and strive for the early realization of a comprehensive, high-standard Free Trade Area of the Asia-Pacific (FTAAP), he said.

Both the RCEP and CPTPP are believed to be viable pathways toward the wider FTAAP, which the 21 APEC members aim to establish.

Upholding inclusiveness for the benefit of all

Highlighting the importance of inclusive development, Xi stressed that efforts are needed to build a regional economic cooperation architecture featuring equal-footed consultation, joint participation and shared benefits, and foster a big Asia-Pacific market that delivers benefits to all.

All economies could grow together through interconnected development and carry out win-win cooperation through complementarity, he said.

China has put forward initiatives on revitalizing rural areas, supporting small and medium-sized enterprises that use special and sophisticated technologies to produce novel and unique products, and advancing economic inclusion through trade and investment, according to Xi.

The Chinese president also underlined upholding open regional cooperation, saying that it is important to take greater initiative to open up and raise the level of regional economic cooperation in all respects.

China will not waver in its commitment to high-standard opening-up and will open its door still wider, he said.

Tentative deals with a total worth of $73.5 billion were reached during the import-themed event, a testament to China's gigantic market and numerous business opportunities.

Meanwhile, as a vivid epitome of the country's exploration of high-level opening-up, Beijing, China's capital, has been accelerating the development of the city's "two zones" — the pilot free trade zone and the national comprehensive demonstration zone for expanding opening-up in the services sector.

Over the past two years, the Chinese capital has introduced more than 100 pioneering or breakthrough policies related to the "two zones" and landed over 100 landmark projects and functional platforms.

The reform and opening-up have tremendously propelled China's social and economic development, especially in the past decade.

China contributed more than 30 percent of global economic growth on average between 2013 and 2021, ranking first in the world, according to a report released by the country's National Bureau of Statistics.