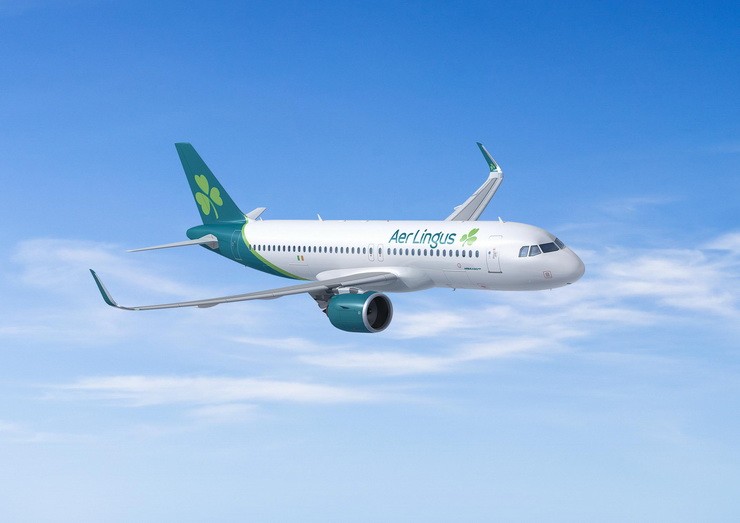 The aircraft, which are fitted with 186 seats in an all-economy layout, will be delivered to Aer Lingus in July 2022 and will become part of the backbone of its short-haul fleet, operating on routes between Ireland and European destinations.

“We are very pleased to be joining our new European customer, Aer Lingus, on their flight path toward a carbon neutral future through the financing of their inaugural A320neos,” commented Peter Goodman, CDB Aviation’s Chief Marketing Officer. “These latest generation aircraft will well complement Aer Lingus’ strategic investments in their future fuel-efficient, modern fleet.”

Speaking about the acquisition of two new aircraft for Aer Lingus’ short-haul fleet, Lynne Embleton, CEO of Aer Lingus, said: “This is a great opportunity to bring new, state-of-the-art aircraft into our short-haul fleet. Renewing our fleet is one of the key ways for Aer Lingus to meet our sustainability targets, which is a priority for us over the coming years.”

"The new generation Airbus A320neo aircraft is much more sustainable in terms of fuel burn and CO2 emissions, and this is not only important to Aer Lingus but also to our customers. Equally, the more environmentally friendly aircraft incur lower landing charges in some key airports, so these new A320neos will help us to reduce costs,” added Embleton.

Patrick Hannigan, CDB Aviation’s Chief Executive Officer, concluded: “Our teams worked hand in hand to expediently execute this transaction as an important element of the Irish flag carrier’s recovery plan from the impact of the pandemic on air travel. The A320neo’s operating advantages will also further strengthen Aer Lingus’ leading position among European airlines in enhancing connectivity with a focus on improving efficiency and reducing aviation’s environmental footprint.”