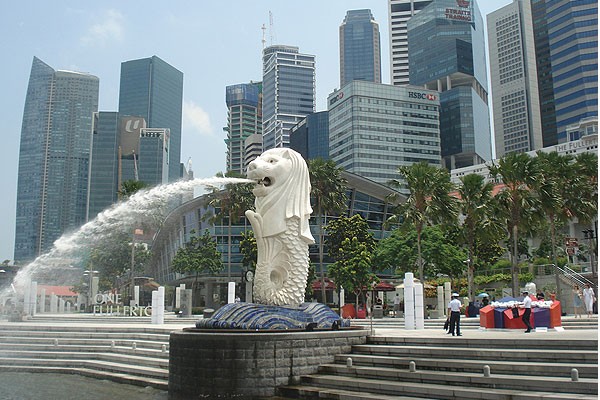 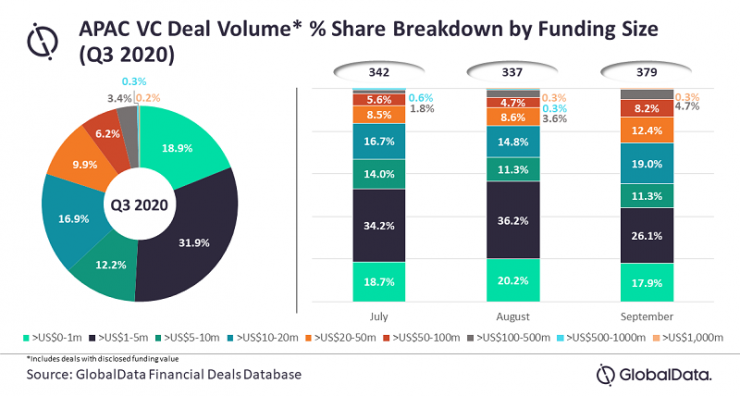 Big ticket deals (or billion-dollar deals) remained mostly non-existent as low value deals (investment <=US$10m) continue to account for the majority of the venture capital (VC) investment volume in the Asia-Pacific (APAC) region during the third quarter (Q3) of 2020, according to GlobalData, a leading data and analytics company.

An analysis of GlobalData’s Financial Deals Database reveals that the region saw the announcement of only two billion-dollar deals during the quarter while low value deals dominated the VC investment landscape with 63% share in the overall investment volume (with disclosed deal value).

Aurojyoti Bose, Lead Analyst at GlobalData, comments: “With the COVID-19 pandemic showing no signs slowing, wary VC investors did not show interest in any big-ticket investments. In addition, the fear of a second wave in several key markets is likely to add further woes to the already dampened investor sentiments.”

Out of the total 342 deals announced in July 2020, low value deals as a percentage of the total deal volume stood at 67%. The month did not see announcement of any billion-dollar deal.

Deal volume declined by 1.5% in August compared to the previous month. The share of low value deals as a percentage of the total deal volume increased to 67.7%. The month witnessed announcement of only one billion-dollar deal.

September managed to marginally reverse the decline witnessed during the previous month. Meanwhile, the share of low value deals decreased to 55.4%. The month also witnessed the announcement of one billion-dollar deal.