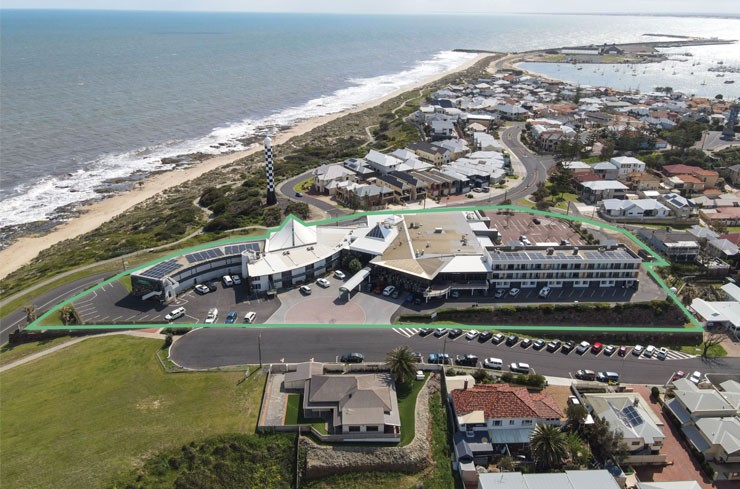 PERTH – The high-performing Quality Hotel Lighthouse has been listed for sale following the recent opening of the Busselton-Margaret River Airport, connecting Western Australia’s SouthWest to the East Coast.

This iconic 4-star hotel occupies a one-hectare site on the highest point in Bunbury, Western Australia’s second largest city. The hotel has 71 guest suites and conference and function facilities which can accommodate up to 425 guests in any one event. Other amenities include an indoor swimming pool, sauna and spa, guest laundry and the locally recognised Basalt Restaurant and Bar.

CBRE’s Ryan McGinnity and Chloe Mason have been appointed to market the hotel, with Expressions of Interest closing 26 th October 2022.

Mr McGinnity said the sale offered owner operators or investors the opportunity to purchase an asset underpinned by a long history of consistent trading, benefiting from thriving corporate and leisure demand. “An incoming owner could easily plug this property into their existing portfolio and continue running under the existing long-term management, or an experienced owner operator could take a more hands-on approach and maximise future profitability,” Mr McGinnity said.

“Coupled with the added benefit of recent extensive refurbishments including reception, function facilities, restaurant and bar and 65 of the 71 guest rooms, leaving little to no capital expenditure required for an incoming owner.”

Ms Mason noted that Bunbury is the hub of Western Australia’s South-West region, underpinned by major economic drivers with an annual output in excess of $10 billion. “In addition to the investments from resource companies such as Iluka Resources, Talison Lithium and Albemarle, government projects such as Bunbury’s waterfront transformation and the Bunbury Outer Ring Road project are further enhancing the city’s appeal and driving a jobs-led boost to the local economy,” Ms Mason added.