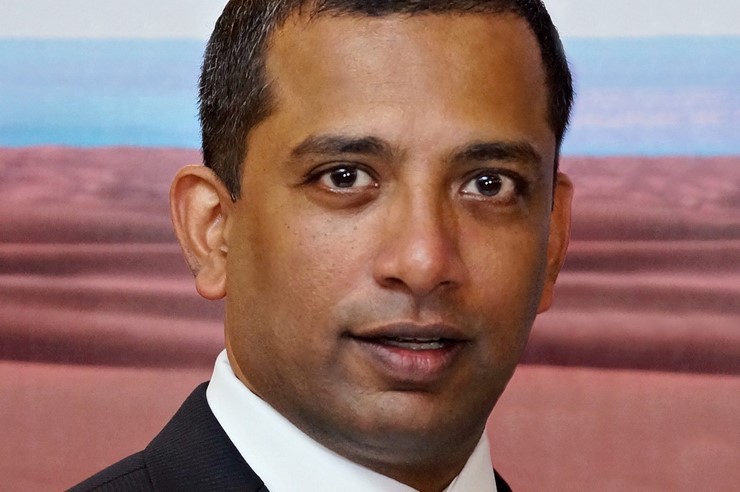 Mr. Creado joins Banyan Tree Phuket as the resort begins its preparation in earnest for another successful high season.

Singapore – Banyan Tree Phuket is proud to announce the arrival of Mr. Shannon Creado as the new Area Director of Sales and Marketing. Mr. Creado’s successful career spans across 24 years, including 20 years in sales and marketing. He brings strong leadership and public relations skills, combined with extensive experience across Asia and a deep cultural awareness that will benefit the resort’s marketing efforts.

Expressing anticipation at the start of this new chapter in his career, Mr. Creado said, “I am delighted to join the team at the award-winning Banyan Tree Phuket. Renowned for its high standards, this scenic Phuket lagoon resort offers a world-class experience for its discerning guests. Changing market dynamics and the recent expansion plans across its sprawling 89 acres, opens the door to a variety of new ideas and opportunities over the coming years.”

Born and educated in India, Mr. Creado began his hospitality career in 1999, rising through the ranks until he became Director of Sales and Marketing for Goa Marriott Resort in 2006. He later took on Sales & Marketing Director positions in other Marriott resorts in Asia, as well as Anantara and MINOR Hotels. These positions, located in South Korea, Sri Lanka, India and Thailand, have allowed Mr. Creado to increase his familiarity with the extended Asian market.

Mr. Creado has received several awards and accolades during the course of his decades-long career. These include the “Young Hotel Sales & Marketing Manager of the Year” Award from the Federation of Hotel and Restaurant Associations of India, as well as Marriott International’s Chairman’s Circle Award. He was also “Manager of the Year” in Marriott’s first year of operation in India.

Mr. Creado joins Banyan Tree Phuket as the resort begins its preparation in earnest for another successful high season. As the island’s finest 5-star luxury villa resort, Banyan Tree Phuket offers special services for weddings, anniversaries, and other special occasions – as well as an exceptional holiday experience for all of its guests.