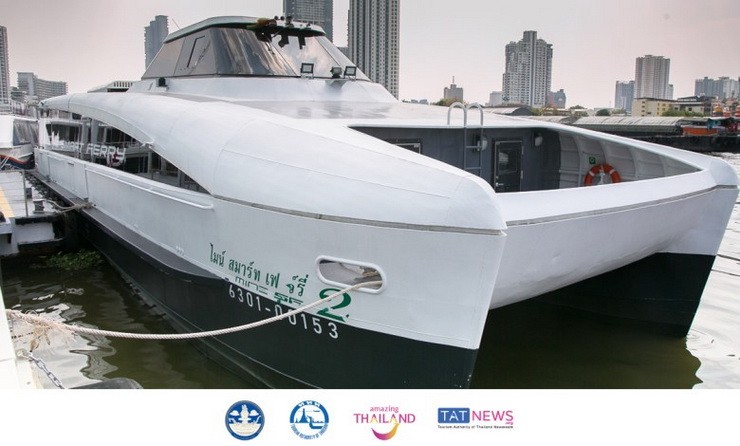 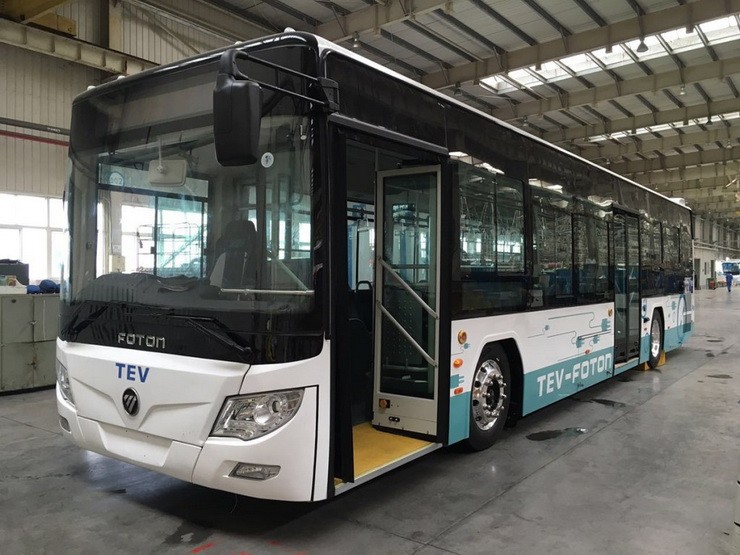 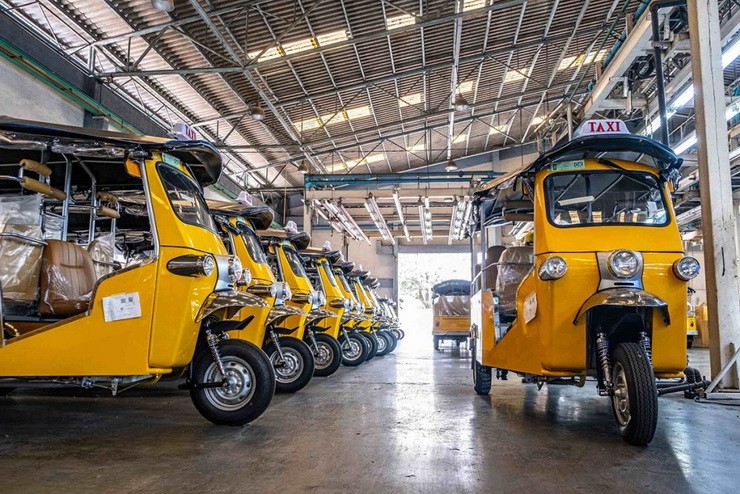 Bangkok, Thailand – With electric ferry boats now plying the Chao Phraya River, an electric monorail in operation, and electric tuk-tuks accessible by app, Bangkok is well on its way to offering commuters a much-welcomed – and environmental-friendly – interconnected urban transportation system.

In its 20-year plan to develop the nationwide public transport system, the Thai government is promoting the use of electric vehicles to help reduce air pollution in metropolitan areas and cut down on carbon emissions everywhere. It wants 30 percent of the transport system to be electrified by 2035.

In Bangkok, the efforts towards achieving seamless urban transportation connectivity include the linking of electric trains, buses and boats. Already, passengers can switch between the MRT subway and BTS Skytrain networks and electric river ferries thanks to the close proximity of selected stations and boat piers.

Launched in late 2020, a fleet of MINE Smart Ferries is operating a 23-kilometre route on the river between the Rama V Bridge and Sathon Piers, running Monday to Friday throughout the day with stops at the Rama VII Bridge, Kiak Kai, Thewet, Prannok, Pak Khlong Talat, Ratchawong, the Marine Department, and CAT Tower along the way.

As Thailand gradually continues to reopen its tourism sector, there are future plans to introduce a weekend service for tourists wanting to cruise the Chao Phraya River that will run from Tha Chang Pier to the CAT Tower with stops at Wat Arun, Wat Kalayanamit and the Marine Department.

Manufactured and operated by Thailand-based Energy Absolute (EA), the electric ferries are powered by Li-Ion batteries and can operate for 80-100 km on a single charge. With a maximum passenger load of 250, their cabins are air-conditioned and have their own disinfection system.

EA has estimated its electric ferry service, which has an initial fleet of six vessels with plans to increase this to 28 this year, will save the country some 4.73 million litres of diesel fuel a year and reduce greenhouse gases by nearly 13,000 tonnes a year.

Around the same time as the launch of the private sector MINE Smart Ferries, city authorities replaced petrol-powered passenger boats on Khlong Phadung Krung Kasem with electric-powered vessels. Carrying up to 30 passengers, these run from early morning to early evening on weekdays and weekends on a route between the Thewet and Hua Lamphong Piers. There are plans to also run electric-powered vessels on Khlong Saen Saep, another main transportation waterway, in the future.

So too in the planning are numerous other electric ferry services, to the point where it’s now being said that Bangkok could become the electric ferry capital of Asia.

Off the water and on the road, electric tuk-tuks might not be a new thing in Thai, but there is a new app that puts a fleet of them at the fingertips of inner-city travellers. Downloadable for iOS or Android, MuvMi is an ecological friendly rideshare service that uses an expansive fleet of these iconic three-wheelers – minus the diesel fumes and rowdy noise of motor-powered tuk-tuks.

Using the app, a passenger can book their intended trip using designated pickup and drop-off points. There’s no set fare structure, instead MuvMi calculates this based on certain conditions. The driver can accept other fares along the way if the tuk-tuk isn’t fully occupied, while for a higher fare there’s the option other passengers won’t be picked up.

The MuvMi service – which operates alongside a hop-on-hop-off service in the Old Quarter called Tuk Tuk Hop – operates along the mid Sukhumvit Road area, as well as around Samyan-Siam, Ari-Intramara, Phahonyothin Road-Lat Phrao, Rattanakosin Island and Kasetsart-Sena Nikhom. Many pickup and drop-off points are near MRT subway and BTS Skytrain stations. This is expected to be tripled in 2021 with the addition of a further 2,000 points.

MuvMi estimates its current fleet of over 100 electric tuk-tuks will use 336,000 less litres of fuel and output 560 fewer cubic tons of carbon emissions this year.

In September 2020, a consortium of academic institutes, and public and private enterprises also presented the progress of Bangkok’s domestically manufactured electric bus project to the Thai Prime Minister and members of the Cabinet.

This was followed by the country’s first unmanned monorail system being launched in Bangkok in December 2020. The Gold Line monorail links three stations on the city’s Thon Buri side, these being the Krung Thonburi, Charoen Nakhon and Khlong San Stations.

Meanwhile, the massive new Bang Sue Grand Station is set to open this July, a ‘mega-station’ of public transportation linking the city’s commuter rail lines and Airport Rail Link and connecting to the Mo Chit Bus Terminal. Accommodating and maintaining both electric and diesel trains, the Grand Station will replace the existing Bangkok Railway Station (Hua Lamphong), which will become a museum in November after its more than a century of service to the country.