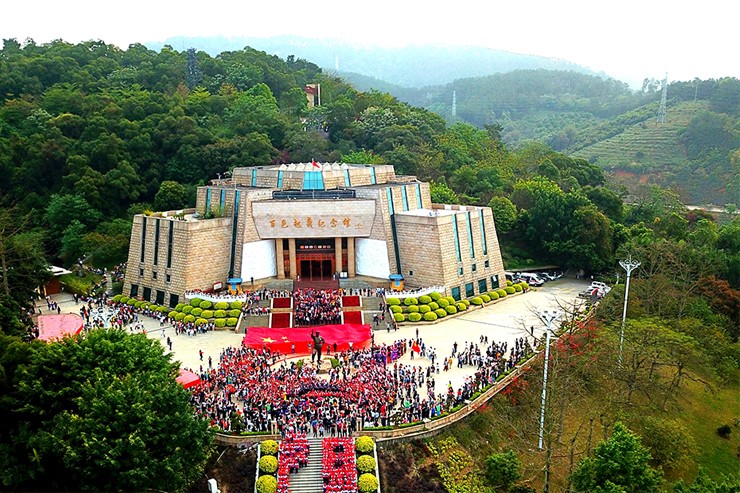 The year 2019 marks the 90th anniversary of the momentous Baise Uprising, and the city of Baise will host the 14th Sports Meeting of Guangxi.

With more than 600 outdoor sports enthusiasts in participation, this was the fifth time the sports event was held in Lingyun County and Leye County.

Leye County is dubbed the "Capital of Sinkholes" and "Most Outdoor-esque Small Town in China", while the Haoshen Lake scenic area in Lingyun County is well-known for its classic karst landscape.

Both counties are noted for their marvellous scenery, hospitable local folk reputation as regions of longevity, and a prime destination for adventurous fans of outdoor sports.

In recent years, the sports industry in the city of Baise has ushered in a period of robust development, as exemplified in the creation of international sports competition brands such as the Silk Road China - ASEAN Table Tennis Tournament, Baise Mountain Outdoor Quest and Baise International Half Marathon.

The growth of the sports industry has contributed to socio-economic progress in the city of Baise.

The city of Baise is a strategic locale that connects the three provinces of Yunnan, Guizhou and Guangxi with the states in the ASEAN bloc, a node crucial to Guangxi's efforts in the establishment of a new western China land-maritime channel, and a "new gateway for opening-up and development" critical to the province.

The city of Baise is also famous for its Chinese Communist revolutionary history and is one of the renowned red tourism destinations in the country, as this is the location where Deng Xiaoping spearheaded the eponymous Baise Uprising in 1929, formed the 7th Army of the Chinese Workers' and Peasants' Red Army and founded the Soviet regime in Youjiang.

The year 2019 marks the 90th anniversary of the momentous Baise Uprising, and the city of Baise will host the 14th Sports Meeting of Guangxi.

Seizing this opportunity, the city of Baise will speed up its construction of sports infrastructure facilities, dedicate emphatic efforts to positioning and building itself as a strong sports city, accelerate the creation of a healthy Baise, and help fuel the growth of red tourism.