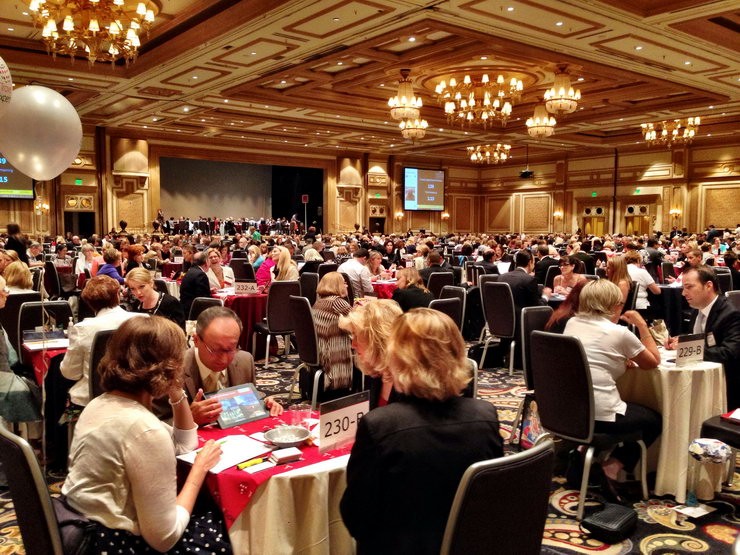 Virtuoso has brought its 2019 Symposium to Melbourne, marking the second time the group has selected Australia as host destination since Sydney in 2009.

Melbourne, Australia- Australia has become one of the world’s most popular luxury destinations - holding its place in the Top 10 list since 2011 - and this week attracting 500 of the most influential international decision makers in the luxury travel industry to an event in Melbourne.
Virtuoso, the industry’s leading global network specialising in luxury and experiential travel, has brought its 2019 Symposium to Melbourne, marking the second time the group has selected Australia as host destination since Sydney in 2009.

“Travellers at the  top end of the market are looking for more than luxury, they are seeking their own tailored experiences,  to explore and connect through genuine and meaningful interactions that make them feel like they've been absorbed into the local environment. That is something Australia offers in abundance,” says Matthew D. Upchurch, Chairman and CEO of Virtuoso.

“People are fascinated by everything about Australia -  its unique wildlife, extraordinary landscape,  great food, and friendly and open people.I It’s somewhere just about everyone aspires to visit.

“Over the past 10 years, Australian tourism products have really lifted to meet the needs of luxury travellers and that’s why we have seen incredible increases in traveller numbers through the Virtuoso network with a 23 percent increase in visitor numbers over the past two years alone.”

“Over the past ten years or so, Australia’s offering for the high-end, luxury traveller has improved out of sight. Of course, Australia has always been a big country with spectacular and extraordinarily diverse natural environments and jaw-droppingly beautiful landscapes. But we now have the luxury accommodation and experiences to match, giving our guests exclusivity of access to land, people, knowledge and place. This is really the essence of our unique style of Australian luxury. All delivered with that warm, uniquely Australian style of service that today’s discerning international traveller finds so appealing.

“Having Virtuoso Symposium in Melbourne is a wonderful opportunity for us to share our evolving upscale  story and show this hugely influential group of travel decision-makers just how far Australia's luxury tourism offering has come and why it will resonate so strongly with their clients.”

Mr. Upchurch concurs. “Ten years ago we selected Sydney as the host city for our Symposium because Australia was one of those countries that was on everyone’s dream list. Flash forward a decade and Australia has gone from aspirational to attainable thanks in large part to the diversity it offers travellers, particularly at the top end of the market.

Virtuoso Symposium, held in a different location each year, is taking place 7-11 May, with functions spread across Crown Towers Melbourne, Park Hyatt Melbourne and the Melbourne Convention & Exhibition Center, with special events taking place at the Melbourne National Gallery and Melbourne Town Hall. Throughout the conference, the spotlight is on the host destination and its highly desirable luxury offerings. From day trips to the Mornington Peninsula to walking and tasting tours of the city including the Queen Victoria Market to exclusive shopping excursions, attendees will experience the best of the area.

Symposium is a high-level business event gathering more than 450 of the most influential decision makers in up-market travel for networking and experiences as well as discussions on industry trends, challenges, and opportunities. Both Tourism Australia and Visit Victoria have played pivotal roles in attracting the event, while also providing more than 18 months of support leading up to and during the Symposium.

“We look forward to introducing our network to Melbourne – many for the first time – so that they can come to know this incredible city and country, and inspire others to come visit as well.”