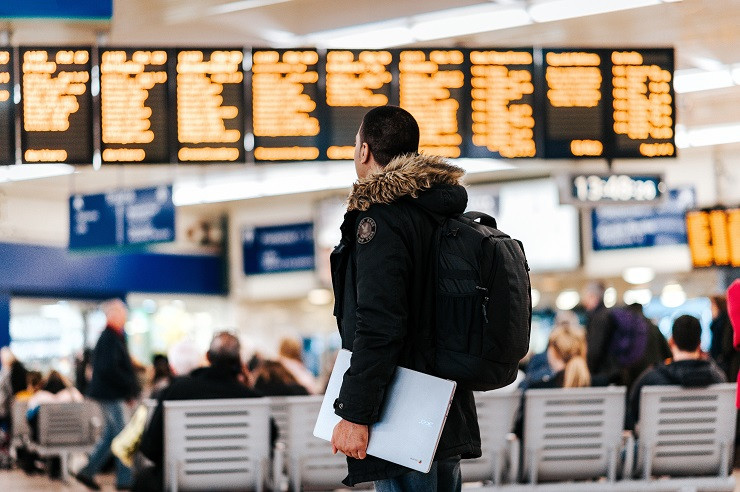 NDC technology is being developed but it will be some time before there is widespread adoption by Chinese airlines and other players.

More than 15 organizations in China, including leading airlines and online travel agencies, are currently associated with content distribution based on the NDC  XML distribution standard, but that isn’t translating into a significant number of transactions.

NDC is an industry-supported program, launched by IATA and designed to give airlines more control of their fare offers. It paves the way for delivering rich content via indirect channels and enhancing communication between airlines and travel agencies.

An industry executive observed that China was an early adopter of NDC, with organizations developing proof-of-concept cases to support the standard, but the adoption momentum has stalled. “Considering the importance of OTAs in China, it was not surprising that the standard was seen as a way to differentiate offers and make air travel part of the ecosystems run by Alibaba or Tencent. Unfortunately, the momentum stopped or at least slowed down when it became apparent that the so-called ‘plumbing’ or design phase of NDC took much longer than expected in important areas like servicing orders, interlining and codesharing. As a result, we are seeing less interest.”

The executive noted that the NDC certifications of some Chinese airlines had expired on the IATA registry of certified airlines. And at last month’s TravelDaily’s Airline Merchandising Conference, held in Shanghai, Chinese airlines openly questioned the necessity and benefits of NDC and why they needed to align with the industry standard.

Some industry observers suggest that NDC adoption might start to evolve when the low-cost airline model becomes more pervasive in China. However, low-cost carriers (LCCs) have struggled due to customer resistance to the LCC unbundled pricing model.

“One of the reasons why unbundling hasn’t taken off here is the belief that airlines must provide travelers with an inclusive fare for the first checked bag, onboard refreshment and choice to select a seat,” said another source. “(But if the situation changes then) LCCs will start to introduce more unbundled products, and as travelers get used to that, the major airlines will follow.”

The source said that while airlines maintained traditional fare offers, there was limited benefit in deploying NDC. “The opportunity to drive more direct sales via their own channels might encourage airlines to consider deploying some aspects of NDC. But if IATA fails to unify the standards of deployment and limits interpretation of the standard, it might end up like the ‘Open Travel Alliance Standard’ – a nice idea that was not adopted by the industry en masse.”

When evaluating the scope of NDC adoption, most airlines in China are looking at flights only, and only a few are looking at other areas like ancillaries such as seats and baggage. A couple of hurdles are faced by all airlines, such as managing the transition of airline-specific procedures, both legacy and NDC, and how to deal with the financial changes that come along with the implementation of NDC. This is a significant issue as airlines transition from filed fares to fares created by the airline’s offer management system.

Non-airline stakeholders need to come on board

Airlines preparedness is just one aspect of NDC. All stakeholders in the distribution chain, including TravelSky and travel agencies, also need to be ready for NDC. TravelSky uses its CDP platform to distribute Chinese airline content to a network of over 70,000 sales terminals owned by more than 8,000 travel agencies and travel service distributors.

A senior TravelSky executive confirmed that NDC was a prominent topic of conversation across the organization, including the GDS department, especially as more international carriers such as American Airlines move forward with bookings via NDC.

The TravelSky executive said, “Chinese airlines were at the forefront of certification in the early phase, supported by us. Nowadays, we are still looking into NDC in many different areas of the company. We are consulting regularly about how we can leverage NDC for a better customer (airline and booker) experience and how we can implement it into an existing framework. We have created possibilities to connect to the GDS via NDC-based XML messages especially via the newly created LCC platform of the GDS department.”

Meanwhile, TravelSky has been working on its QUICK Passenger Retailing System, described as an IATA NDC-compliant hybrid system of PSS (Passenger Service System) and e-commerce retail engine. It was developed a couple of years ago for small- to medium-sized airlines.

“We have OpenJaw Technologies and QUICK utilizing NDC on retailing and customized offer topics. We enable our major Chinese customers hosted on ICS (Inventory Control System) to connect to their partners direct via NDC. QUICK has been developed from a blank sheet, considering that the way some airlines are forced to conduct business dictated by what the commercial systems allowed them to do. We wanted to break that circle by providing a system that allows quick bespoke developments and includes the retail aspect which started to get popular with airlines in order to increase margins of profit,” explained Lars Gaebler, Director Marketing and Sales for QUICK.

The key for NDC to work is to ensure that travel agencies are able to access NDC content in the same workflow as other content, according to major GDS companies including Amadeus, Sabre and Travelport. This requires a significant investment on their part in NDC interface adaptation and IT integration. NDC content must also be combined with ATPCO content within the same workflow.

The role of ATPCO remains important, not only from a fare filing perspective but also considering that it is now working on common standards for amenity data. TravelSky has signed a deal with ATPCO, which has been working on a new data application and standard to showcase “like-type” airline offerings to display them in a way that’s easy for travelers to understand.

“In terms of One Order, our Revenue Accounting arm has reached certification already, so overall we think we are on track and conversations have become much more ‘grown-up’,” added the Travelsky executive. “We also receive feedback from some of the 8,000-plus terminal users in China who see a lot of advantages using the current way, compared to the alternatives on offer now. We will consolidate our actions and experiences as a group to benefit all TravelSky entities in addition to interested customer airlines.”

In the past, TravelSky has indicated that managing different versions of the NDC schema was a struggle. However, IATA has been working to ensure that a fundamental redesign of the schemas won’t be required with newer versions, starting from the introduction of the version NDC 17.2.

Veli Polat, Senior Director Sales, Lufthansa Group Airlines Greater China, highlighted that NDC schemas supporting a uniform interpretation of the standard, and the availability of an implementation guide had consolidated the case for working on NDC. However, he acknowledged that even when the schema and the standard were in place, carriers still needed to execute all the features and functionalities for travel agents to engage and sell NDC content.

A couple of months ago, TravelSky introduced an adapter, for facilitating a seamless two-way message exchange between legacy EDIFACT formats and IATA NDC-enabled systems. The adapter, according to Mr. Gaebler, initially will be used exclusively for QUICK and will connect the Passenger Retailing System with major GDSs. From later this year, the capabilities of the adapter will be extended to be able to consume not only NDC structured XML messages from QUICK, but bespoke formats used by other Reservation Systems deployed by airlines with similar needs. Gaebler said this would allow airlines to connect easily to GDSs.

Beyond IT and distribution, TravelSky is also looking at payments. The TravelSky team has refined its BSP online payment platform by introducing a real-time settlement service, applying the NDC technical standard to the payment channel.

Adoption by leading Chinese carriers is critical for NDC to progress

Looking to the future, an executive representing a foreign carrier with solid NDC credentials argued that for NDC to progress in China, local carriers had to take the lead.

A senior distribution executive agreed. “As long as carriers in China don’t make progress, it is going to be tough to overcome the roadblocks here. If they wish to be ready for the indirect channel in Europe, sooner or later they will need to be ready in their home market as well. Otherwise, they risk being the second choice to a European carrier with the ability to differentiate its content via NDC.”

He said NDC connections activated via a third-party distributor in China weren’t feasible due to technical challenges. As of now, technology integration timelines vary depending on the type and complexity of each integration. Among online intermediaries in China, Ctrip is one of the most advanced, working on NDC-related initiatives with its group company TravelFusion, such as displaying ancillary content and new fare families.

An executive of a foreign GDS, who also attended the TravelDaily conference, said it was more important to view NDC as an industry issue rather than pinpointing the role of any individual player. “The question is what would it take for the ‘mass’ to come on board.”

On how the foreign GDS was working with carriers in China, the executive said, “We are providing our platform to enable airlines to make the offer – we are live with NDC bookings. We need to separate the commercial and technical components of working with airlines.”

“Our vision is not only about NDC, we won’t discriminate against any source of content. We have NDC connectivity plus content from other sources such as EDIFACT or other APIs. We are doing the heavy-lifting including normalizing APIs and powering the agency community to sell better. Plus, we have to provide functionalities such as cancellations, payment options and integrated reconciliation to the mid and back office.”

NDC’s next big leap is expected to come from the NDC Leaderboard, which comprises 21 airlines aiming to achieve at least 20% of their sales via an NDC API by the end of 2020. Most consider the GDS route as the best way to go. The list includes only one mainland Chinese carrier, China Southern Airlines.

While it is unlikely that all the carriers on the Leaderboard will hit the target, at least five airlines including American Airlines and Lufthansa have made strong progress with their NDC deployments and are starting to drive significant volumes of NDC transactions. It will be some time though before Chinese carriers do the same.