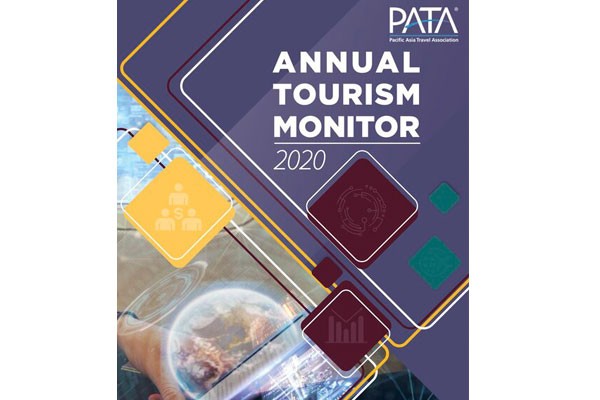 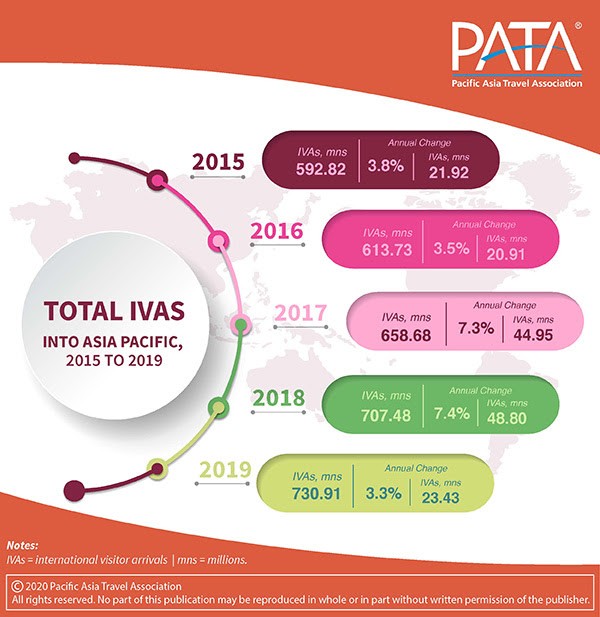 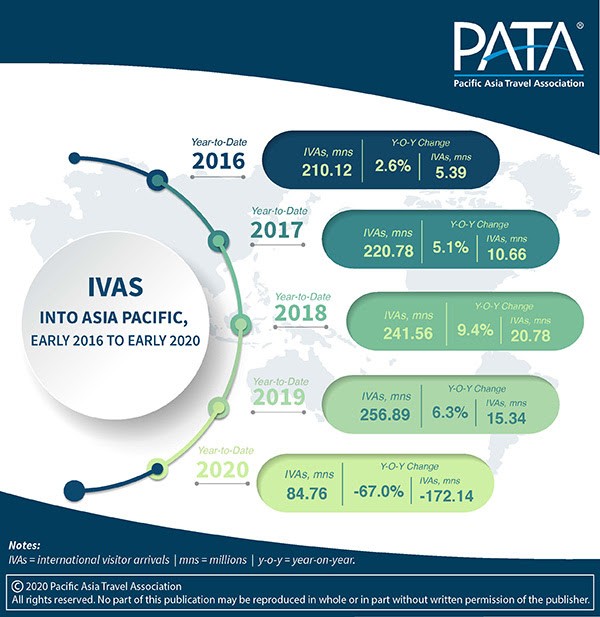 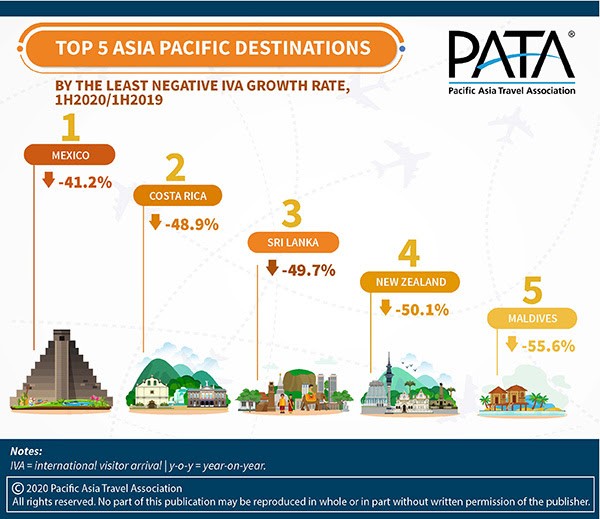 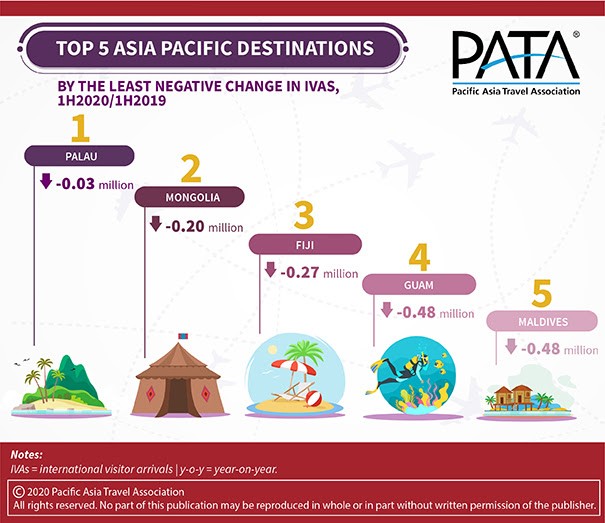 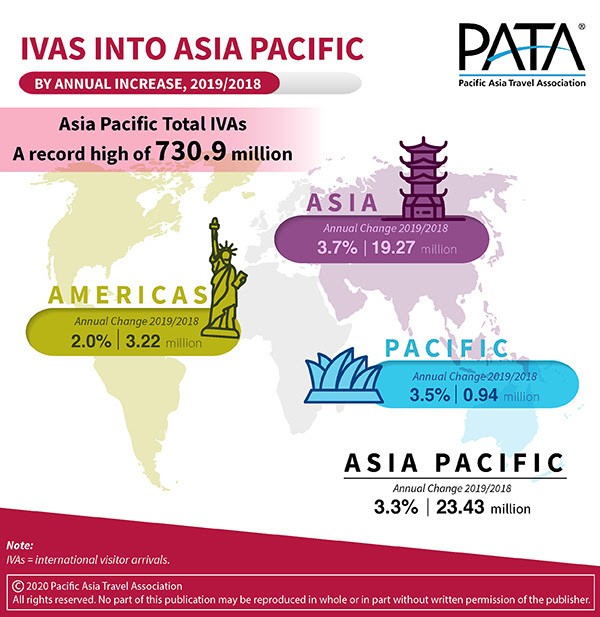 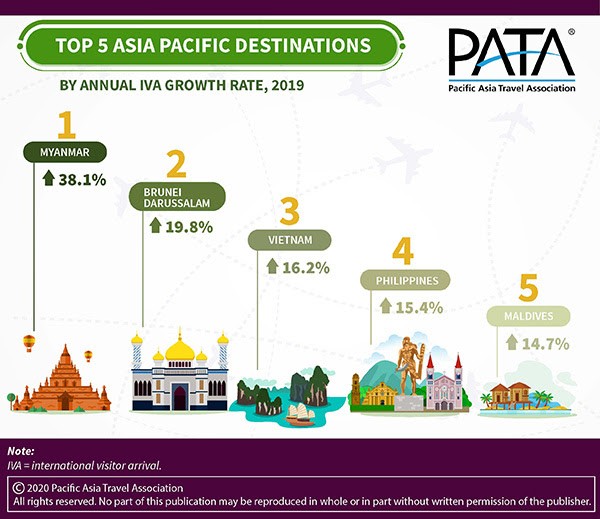 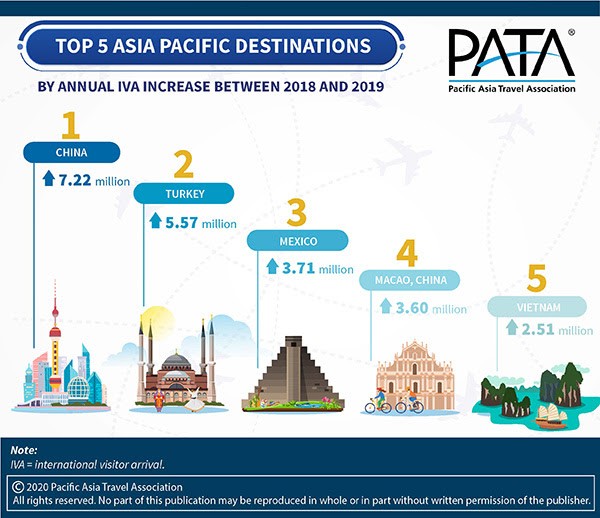 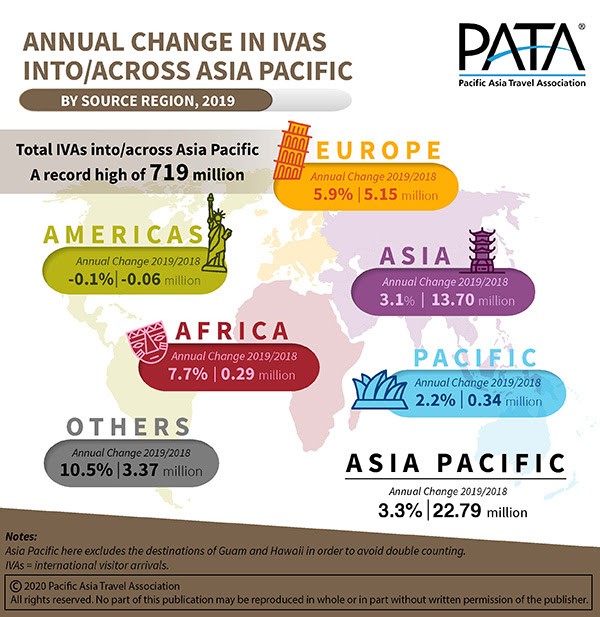 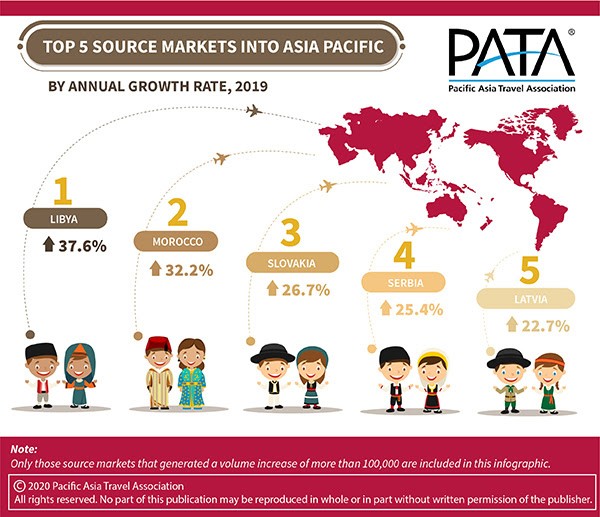 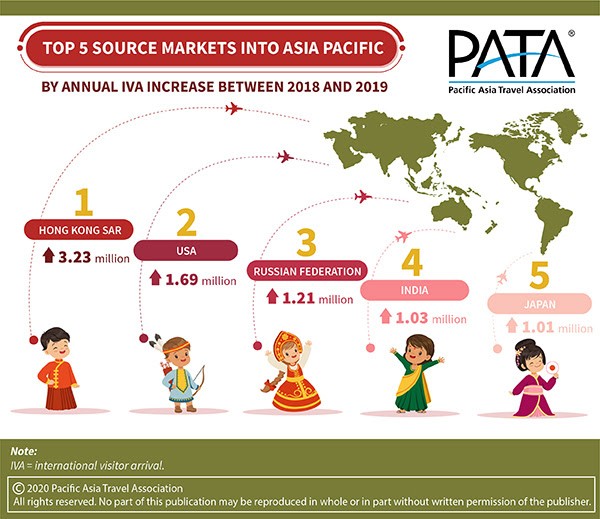 BANGKOK - The strong collective annual performance of foreign arrivals into Asia Pacific destinations saw moderate growth in 2019, but overall, remained positive. Nevertheless, that all changed in 2020 with the appearance of the SARS-CoV-2 virus and the virtual cessation of travel, as moves to contain its spread were initiated.

International Inbound Travel: Early 2020
There is very little in the way of positive news; all but one of the 37 destinations have reported annual decreases between early 2019 and 2020 and the only increase was of just 2,600, with that occurring in the first two months of the year when the real impact of the pandemic had perhaps not yet been felt.

Given that the impact of the containment practices to reduce COVID-19 infection rates were initiated at roughly different times across the globe, only those Asia Pacific destinations with data for the first half of 2020 (1H2020) are further considered in order to create a somewhat more level comparative period. While this reduces the number of destinations to 26, the volume of IVAs is reduced by less than 18%.

Within this group of Asia Pacific destinations, all are showing contractions in IVAs during the first half of 2020 relative to 1H2019 ranging from -41% to as much as almost -90%.

The top five performing Asia Pacific destinations during 1H2020, can only be listed in terms of those with the least negative growth rates relative to 1H2019 and are shown in the following infographic.

The loss in IVAs during the first half of 2020 relative to 1H2019, rapidly escalated even within the least affected destinations, from less than 100,000 to almost half-a-million, in very quick progression. In addition, the losses should be considered in terms of the overall inbound volume for each destination in order to provide some measure of scale.

“Preliminary results show an enormous impact across Asia Pacific with the 37 destinations for which early 2020 data have been released pointing to a combined decrease in IVAs of 67%,” said PATA CEO Dr. Mario Hardy. “On the data available, it is obvious that no Asia Pacific destination was spared the impacts of the current pandemic and the lockdown measures needed to contain the spread of the SARS-CoV-2 virus during the first half of 2020, relative to the same period of a year ago.”

“While bemoaning the impact of this pandemic on the lives of so many and the livelihoods of so many more, it also gives us an opportunity to ask why we were so ill-prepared to respond to the threat of COVID-19. The consequence of that would be to engage in business and personal practices that ultimately offer better protection from such threats into the future.”

International Inbound Travel: 2019
As noted earlier, 2019 saw moderate gains with an overall annual growth rate of 3.3% with almost 731 million IVAs, relative to 2018. When adjusted for Guam and Hawaii – which appear twice, once as individual destinations and again as inclusions in the USA figures – the Asia Pacific aggregate performance was such that it also grew by 3.3% in 2019, year-on-year and similarly, reached a record high of close to 719 million IVAs.

During the five years covering 2015 to 2019, the 47 Asia Pacific destinations covered collectively had their international visitor arrival numbers (IVAs) increase by more than 23%, adding 138 million arrivals to the collective foreign inbound count in the process.

In terms of the percentage growth rate between 2018 and 2019, Asia had the strongest annual increase at 3.7%, marginally ahead of the Pacific at 3.5% and followed by the Americas at two percent.

At the individual Asia Pacific destination level, the top five with the strongest annual percentage gains in 2019 had increases ranging from almost 15% to more than 38%.

For the absolute IVA volume increase between 2018 and 2019, the strongest Asia Pacific performers were ranked as shown in the following infographic.

Nine destinations had annual volume increases of more than one million IVAs each, while 16 had increases in excess of 100,000 apiece between 2018 and 2019. The eight destinations with reduced arrival numbers in 2019, had an annual cumulative loss of 11.725 million IVAs, however this was offset by the annual increase of almost 35.2 million into the other 39 destinations, thereby keeping the overall Asia Pacific annual increase in IVAs positive in 2019.

At the individual source market level, the top five with the strongest annual percentage growth rates into Asia Pacific in 2019 are shown in the following infographic.

For the absolute volume increase between 2018 and 2019, the five strongest source markets into Asia Pacific are shown in the following infographic.

Interestingly, four of these top five source markets are within the Asia Pacific region, suggesting that between 2018 and 2019 at least, intra-regional travel was strong. The Russian Federation was the only European source market in this group of five and generated an annual increase of more than 1.2 million IVAs into Asia Pacific in 2019.

Of all the source markets covered in this report, seven (~ 3%), generated annual volume increases of more than one million each, while an additional 30 (~ 13%), produced more than 100,000 additional IVAs into Asia Pacific between 2018 and 2019.