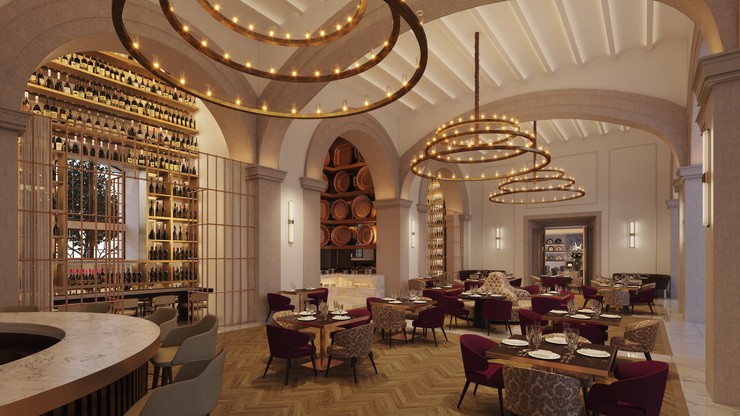 Located in the emerging tourism region of Alentejo, the small town of Vila Viçosa is considered one of the most charming jewels of the area.

Anantara Hotels, Resorts & Spas announceδ an exciting upcoming addition to the brand’s portfolio in Portugal. As part of Anantara’s strategic expansion across Europe, Anantara Royal Vila Viçosa will launch in 2024 as the second Anantara property in Portugal. Located in the emerging tourism region of Alentejo, the small town of Vila Viçosa is known as the “Princess of Alentejo” and is considered one of the most charming jewels of the area.

The property will feature 50 guest rooms, 10 suites, 16 residences, an outdoor and indoor swimming pool and multiple dining options including a stylish restaurant and bar, a private fine dining area and a wine cellar. An Anantara Spa, a fitness room and three conference rooms will also be part of the resort's amenities.

The project is a strategic partnership between the Portuguese Group Investaureum and Anantara, with the aim of transforming a former monastery in Vila Viçosa, which is an iconic and prestigious building from the 15th century, into a five-star luxury hotel. Anantara will be bringing its experience-led authentic luxury to this beautiful property.

The interior design will be led by the award-winning global architecture, urbanism and design studio Broadway Malyan with the aim of keeping the history of the existing building front of mind and respecting the vast history and heritage of Vila Viçosa, to create a truly relaxing and sophisticated retreat.

Anantara Royal Vila Viçosa will be spread over three floors, with three restaurants, a 40-metre outdoor swimming pool, an Anantara Spa with an indoor pool, in addition to the residences. The redesign will seek to highlight the characteristics of the original spaces of the former convent and will contribute to the development and growth of this idyllic location in southern Portugal.

Dillip Rajakarier, Group CEO of Minor International and CEO of Minor Hotels, the parent company of Anantara, commented “We are delighted to continue the expansion of our luxury Anantara brand in Portugal in the historic town of Vila Viçosa. Located in Alentejo, an increasingly sought-after tourist destination, the upcoming Anantara Royal Vila Vicosa Resort promises unforgettable experiences that characterise the brand”.

Gonçalo Carrington, co-founder and Managing Partner of Investaureum Group, commented, “The Investaureum Group is proud to partner with Minor Hotels and the Anantara brand. It is a real pleasure to embrace this project, not only due to the beauty of the property but also giving the opportunity to highlight Investaureum as a developer and promoter, where the refurbishment and legacy of heritage buildings, combined with the social responsibility and investment in regions of low population density, are the main drive.

Anantara debuted in Europe in 2017 with the launch of a tranquil oasis on the Portuguese Southern coast, Anantara Vilamoura Algarve Resort, followed by a luxury retreat in Marbella, Anantara Villa Padierna Palace Resort. The brand has continued its expansion in Europe with properties including Anantara Palazzo Naiadi Rome and Anantara New York Palace Budapest, with further openings to come later in the year.