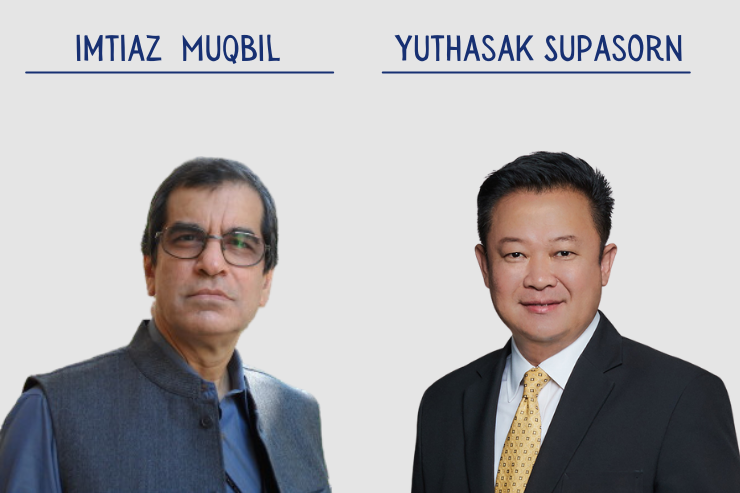 When the crisis surfaced, there was a lot of gung-ho optimism that Travel & Tourism would convert it into an opportunity to REcover, REset, REstructure, REthink, REvise, REthink, REview, RE-this, RE-that.

Imtiaz Muqbil, Executive Editor of Travel Impact Newswire and one of the longest-serving travel-trade journalists in the Asia Pacific, addressed the following open letter to the Governor of the Tourism Authority of Thailand, Mr Yuthasak Supasorn, regarding the safe re-opening of Thailand's tourism.

"With the vaccination process full steam ahead, a few hiccups notwithstanding, Thai Prime Minister Gen Prayuth Chan-ocha’s speech on 16 June has paved the way for a rebound and recovery, led by Travel & Tourism. You now have a golden opportunity to build on the speech and cement your place in history, as well as that of the Tourism Authority of Thailand and Thailand at large.

When the crisis surfaced, there was a lot of gung-ho optimism that Travel & Tourism would convert it into an opportunity to REcover, REset, REstructure, REthink, REvise, REthink, REview, RE-this, RE-that. These fancy catchwords are nothing new; I REcall hearing them after each previous crisis. In REality, they delivered little or nothing on the ground.

But this crisis is different from all others in its depth, duration and severity, which is precisely why it must not lead to a REturn to the old abnormal.

As the country’s primary tourism marketing agency, the TAT will be at the forefront of the REcovery process. No doubt, marketing, branding and image-building experts are knocking at your door seeking taxpayer money for grandiose REopening projects. Provincial destinations, airlines and tour operators are also in the queue. Because money talks, and is in equally short supply as the vaccines, it is imperative to ensure that every baht is spent in an accountable, transparent, productive and efficient manner, and produces the desired results in line with the new REalities.

I would like to REspectfully propose a few ways by which the TAT can REvamp the utilisation of its budgets and set a clear example for global national tourism organisations to follow:

Adjust the focus: What is the real objective of a tourism REcovery? Will simply measuring visitor numbers and expenditure suffice as indicators of “success”? In fact, the over-arching need of the hour is to totally REstructure and REthink these indicators. Immediate short-term results of REcovery campaigns can easily be statistically measured by the transportation sector, hotels and tour operators. The TAT now needs to raise the game and strive for more exalted targets.

Support worthy causes: Making Travel & Tourism a conduit for a more peaceful, safe and sustainable world means striving for causes such as the UN SDGs at the global level, the ASEAN Integration agenda at the regional level and the NESDC and Sufficiency-Economy targets at the local level. Many non-profit foundations, NGOs and institutions are supporting these efforts. They have huge followings, but cannot afford to hire slick salespeople to market their activities and projects. Because their work is patronised by thousands of dedicated and committed people, national tourism organisations should be reaching out to them rather than the other way around. Corporate social responsibility activities which make the world a better place, in the words of former UNWTO Secretary General Dr Taleb Rifai, is a sure-fire way of uplifting the quality of life at a destination, crafting a new reality-based image AND boosting visitor numbers.

Diversify the venues of TAT events: Most of the TAT’s press conferences and public events are are held either in-house or in hotels. These venues can easily be aligned with the broader causes, such as the Siam Society, Thai universities, the UN ESCAP conference centre, museums, the Foreign Correspondents Club of Thailand and other such places. They will certainly appreciate the outreach and benefit from the exposure and indigenous funding. Partnering with them could also give the TAT more positive exposure and upgrade the quality of discussion on serious tourism-related issues, which is long overdue.

Elevate the intellectual value of Travel & Tourism forums: One bitter lesson learnt from this and previous crises is that global tourism is totally at the mercy of external shocks. It is thus imperative to start exploring ways by which Travel & Tourism can influence global events, rather than be influenced by them. Stuffing the pockets of branding gurus, technobabblers, bloggers and “influencers” in pursuit of “likes” and “clicks” is a waste of time and money. Industry conferences and forums have become brain-dead platforms for preaching to the converted. The industry is bored of listening to the usual gaggle of trumpet-blowing executives from Google, TripAdvisor, Facebook, etc. Why not organise a totally overhauled industry event to discuss broader issues such as foreign policy, the next five-year NESDC plan, cryptocurrencies, climate change, the future of democracy, privacy, security, fake news and fraud?

Finally, be transparent: The TAT’s first female governor, Mrs Juthamas Siriwan, brought shame and dishonour upon the state enterprise with her arrest and conviction on corruption charges. Making all procurement contracts and marketing activities more open and transparent will go a long way towards ensuring that external contractors deliver the goods, and are held accountable for pork-barrel waste and inefficiencies. Other NTOs worldwide will be forced to follow suit, setting new standards for industry best-practises.

Governor Yuthasak, you were the first “outsider” to helm the TAT. I was in the TAT lobby the day you first arrived for work in August 2015, the year after a comparatively minor internal political crisis, the 2014 military coup. Since then, thanks to a flood of mass-volume Chinese and Indian tourists, visitor arrivals soared to the point where “overtourism” became a double-edged sword. That is one headache you need not worry about for years.

Having gone from feast to famine virtually overnight, global tourism has a chance to start afresh. Leaders such as yourself have a chance to make history. Old ways of doing business are fading rapidly. The industry’s modus operandi is in dire need of a “REset, REthink, REstructure” agenda system-wide. Without it, even the survival of the TAT in its present form cannot be guaranteed.

As one of Thailand’s longest-serving travel trade journalists, I am proud to be the first to have called the kingdom The Greatest Story in Global Tourism HiSTORY. In 1987, a marketing extravaganza par excellence known as Visit Thailand Year, united the country and REvolutionised global tourism. A new sense of direction will fit perfectly within the Prime Minister’s six-month time frame for getting the industry, and the country, back on its feet. This time, however, we need to ensure that ground under those feet is also firm and stable."

You can read the full letter with the relevant supporting images at Travel Impact Newswire.

Imtiaz Muqbil is the Bangkok-based executive editor of Travel Impact Newswire. Born in India, Muqbil lived for many years in the Middle East where he started his journalism career as a stringer for Newsweek magazine and McGraw-Hill World News. He moved to Bangkok in 1978 as a report/subeditor for the Bangkok Post and began covering travel & tourism in 1981, as Thailand Bureau Chief and Chief Correspondent, TTG Asia, PATA Travel News and associated publications (1981-1992).

He wrote a weekly column, “Travel Monitor”, in the Bangkok Post between July 1992 – July 2012. Imtiaz Muqbil was conferred a 1997 PATA award for his reporting on the growth and development of Asia-Pacific tourism and another PATA award for coverage of the 1994 tsunami disaster. Between 2017-20, he edited and published The Olive Tree, the first and only publication designed to help Travel & Tourism meet the UN Sustainable Development Goals.