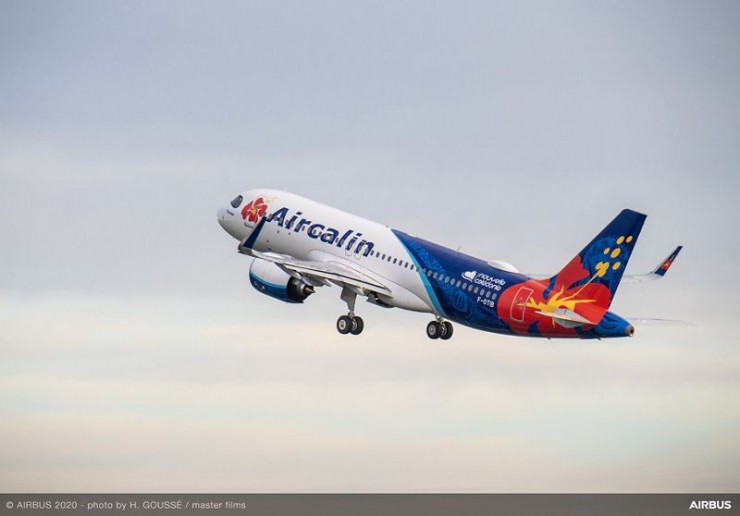 New Caledonia’s Aircalin has taken delivery of its first A320neo.

With its new fleet the airline benefits from the lowest operating costs in the respective size categories, as well as the unique commonality between variants of the Airbus Family.

Aircalin’s A320neo is powered by Pratt & Whitney PW1000 engines and configured in a single class layout with 168 seats.

With the A320neo, Aircalin will be able to increase capacity on its flights and open new routes across the Pacific region.

The A320neo Family offers the widest single-aisle cabin in the sky and incorporates the latest technologies, including new generation engines and Sharklets, delivering a 20 per cent reduction in fuel consumption, as well as 50 per cent less noise compared to previous generation aircraft.