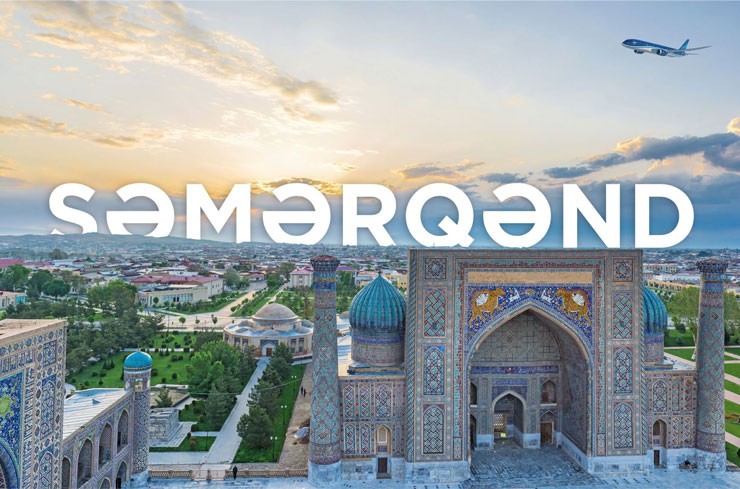 SAMARKAND, UZBEKISTAN - Air Marakanda - the operator of the newly modernized Samarkand International Airport (SKD) - announces it has welcomed the first flight by Azerbaijan Airlines. The flight arrived at 00:00 on 5 October.

The inaugural flight was greeted by the traditional water cannons accompanying the aircraft on the airport’s taxiways. To celebrate the new connection a ceremony was held - welcoming the flight’s passengers with Uzbek music.

Representatives of Air Marakanda and Azerbaijan Airlines jointly cut a ceremonial ribbon to formally confirm the partnership. Among the ceremony’s guests were Uzbek and Azeri dignitaries, including Samarkand’s Deputy Governor of Tourism, and the head of Azerbaijan’s Samarkand-based diaspora.

Artyom Pak, CCO of airport management company, Air Marakanda LLC, said: “We look forward to welcoming guests and travellers from Azerbaijan serviced by our valued partner Azerbaijan Airlines. Facilitating transportation between Baku and Samarkand via this new route will be mutually beneficial to Uzbekistan and Azerbaijan, strengthening our countries’ cultural and commercial links. Opening another gateway also improves Central Asia’s connectivity, with Samarkand as a core tourist destination for both regional and international visitors.”

The new partnership is just two weeks after Air Marakanda welcomed flydubai’s inaugural flight from the United Arab Emirates. SKD has been redeveloped and expanded in an $80 million project between Air Marakanda and state partner Uzbekistan Airports JCS. The new airport will serve the region’s population of 3.9 million and act as a hub for international transit flights.

Serving visitors to Uzbekistan’s most frequented tourist sites in, and around, historic Silk Road city Samarkand - the modern facility will be able to handle triple the number of passengers than it could previously. Independent research by market research firm, Lufthansa Consulting, forecasts an increase in annual passenger traffic from 480,000 to two million.