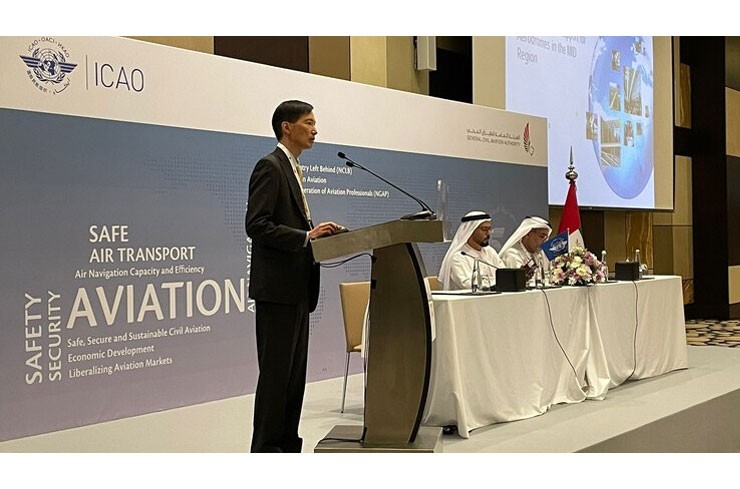 ICAO nominates ACI Asia-Pacific as the co-rapporteur of the working group to draft the MID-Air Transport Strategic Plan 2025–2040. Conference encouraged States to consider including APEX in Safety the National Aviation Safety Plans.

Acknowledging the suggestions made by ACI Asia-Pacific, the conference urged airport operators in the Middle East to implement the Airport Carbon Accreditation Programme (ACA) and adopt the Airport Carbon and Emissions Reporting Tool (ACERT) in their decarbonisation strategy.

Moreover, ACI Asia-Pacific encouraged airports to share best practices and learn from others through its Green Airports Recognition programme, which showcases many innovative solutions.

Stefano Baronci, Director General, ACI Asia-Pacific said, “We would like to express our gratitude to the Middle Eastern governments for the support they provided the aviation industry during this pandemic. The global agreement for aviation to achieve net zero carbon emissions by 2050 requires the same level of support from governments to incentivise airports and implement plans in partnership to reach net zero goals. To this end, the aviation ecosystem, as a whole, including governments, airports, airlines, and others, must work together.”

“It is encouraging to see airports in the region pursuing net zero targets as they explore potential pathways. There are already 12 airports from the Middle East in Airport Carbon Accreditation programme, recognised at different levels. With over 100 airports in Middle East, we would like to see more airports participating in the ACI ACA programme. Our Airport Carbon Accreditation Mentorship programme is another tool for airports starting their decarbonisation journey,” Baronci added.

The meeting noted that ACI developed an Airport Carbon and Emissions Reporting Tool (ACERT) that helps airport operators to calculate their own greenhouse gas emissions and encouraged Airports to join the Airport Carbon Accreditation programme. Moreover, the Conference encouraged airport operators to implement de-carbonisation strategies, including decarbonising electricity grids, facilitating the switch to renewable energy at airports, and incorporating emissions saving initiatives into in their action plans.

Additionally, based on ACI Asia-Pacific’s recommendations, the conference supported the adoption of the concept of One-Stop Security (OSS) in the Middle East. OSS has been discussed for many years and the potential benefits that it can bring to the security and efficiency of the entire air transport industry are widely acknowledged.

Furthermore, the conference also agreed to encourage States in the Middle East to include APEX in Safety in their National Aviation Safety Plans as a tool to promote aerodrome certification. APEX in Safety is a peer assessment programme where aerodrome safety and operations professionals are invited voluntarily to conduct safety reviews of airports. The reviews have proved helpful for airports to improve safety compliance.

The conference accepted ACI Asia-Pacific's suggestions in the principles and objectives for drafting of the MID-Air Transport Strategic Plan 2025-2040 and appointed ACI Asia-Pacific as the co-rapporteur of working group tasked to draft the plan. The plan will define the strategic objectives for the air transport industry of the Middle East in the areas of safety, security, facilitation, environmental protection and air connectivity.

In achieving these objectives, the plan will be aimed at providing the Middle East population with better access to air transport, with due consideration of economic, social and environmental developments in support of the United Nations Sustainable Development Goals and ICAO Strategic Objectives.