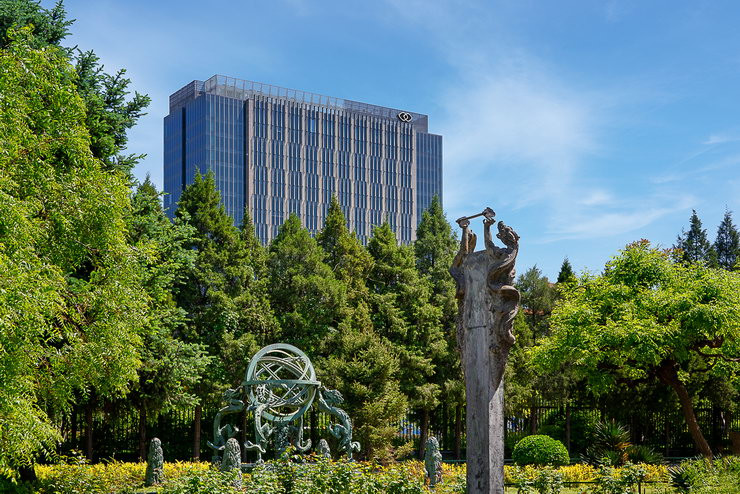 Accor has opened its 1100th hotel in Asia Pacific, with the launch of the new Sofitel Beijing Central, bringing the group’s APAC network to more than 210,000 rooms. The announcement comes just six months after Accor celebrated its 1000th hotel and shows how rapidly the group is expanding in Asia, with the region now representing 50% of global growth.

“We have had a record six months since announcing our 1,000th hotel with the Pullman Tokyo Tamachi late last year and it’s incredible to think that we have added another 100 hotels already since then,” said Michael Issenberg, Chairman & Chief Executive Officer, Accor Asia Pacific. “Sofitel Beijing Central will be a great addition to our network in China and will become one of the premier luxury hotels in the city.”

Accor is the largest and most geographically diverse hotel group in Asia Pacific and, with 38 brands within its portfolio, is heavily focused on further expansion in the luxury and lifestyle sectors. The opening of Sofitel Beijing Central brings the group’s luxury and premium hotels in the region to 320.

Sofitel Beijing Central is located in the heart of Beijing’s civic and diplomatic area, just moments from Jianguomen subway station. Tiananmen Square, the Forbidden City, the National Museum of China and the National Grand Theatre are all within easy reach of the hotel. Its design will see a marriage of modern French art de vivre and the capital’s resplendent imperial history, rich culture and storied traditions.

It features 345 spacious luxury rooms and suites, with Sofitel Club floors providing generous circular bathtubs and access to the brand new Club Millésime Lounge that will be launched towards the end of 2019. The property boasts three impressive dining outlets that epitomise Sofitel’s authentic and lively food and beverage culture. Sofitel Beijing Central includes an all-day dining restaurant attached to an outdoor garden, which focuses on western and international cuisine with a French twist; a signature Chinese Restaurant; and a lobby lounge, which provides elegant afternoon tea and evening cocktails. The hotel has more than 1,500 square meters of event space including nine flexible meeting rooms for up to 400 delegates. Each space offers state-of-the-art technology for gatherings of any type. The hotel’s recreational facilities include a day spa, fitness center and stunning indoor pool.

Gary Rosen, Chairman & Chief Operating Officer, Accor Greater China said,”2019 marks the 55th anniversary of Sino-French relations and coincides with the 55th anniversary of the Sofitel brand. We are excited to launch a new Sofitel in China’s capital against the backdrop of these two significant occasions. France is one of the most popular outbound destinations for Chinese travelers and as an ambassador of French culture, Sofitel enjoys tremendous opportunities as a preferred brand for luxury travelers.”

Sofitel is the only global luxury hotel brand infused with modern French art de vivre. Each hotel shares a passion for embracing local culture, celebrating the finest gastronomy, a dedication to well-being and a passion for chic design. Sofitel Beijing Central will be the brand’s 23th hotel in China.