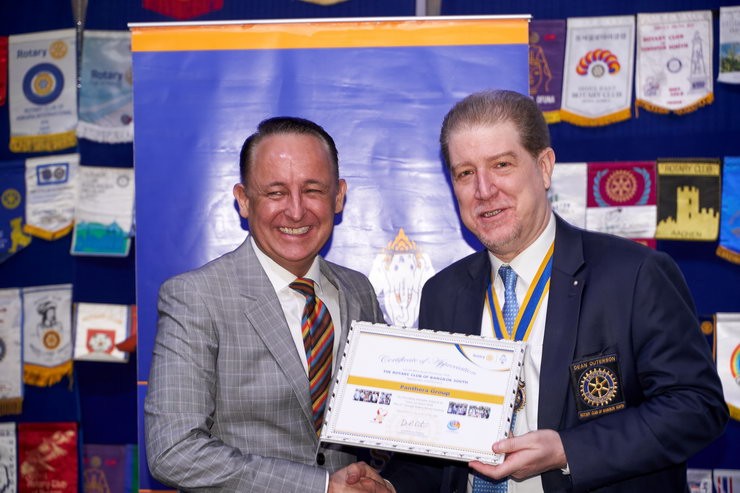 Paul Hayward of Bangkok Thailand, donates his time and money to disadvantaged youngsters. He is co-founder of Panthera Group Thailand.

Paul Hayward of Bangkok, co-founder of the flourishing Panthera Group Thailand, is not your average suited and booted businessman. When not overseeing his businesses rapidly increasing portfolio of super clubs, bars, restaurants and hotels, Paul Hayward quietly dedicates much of his time and money to philanthropic causes.

Paul Hayward believes in giving back, not just to the local community in which his business Panthera Group Thailand thrives, but across Asia. His charitable works have seen him give to a variety of organisations in need, but the foundations closest to his heart are those that support children.

Though a heavy hitter in the world of business, Paul Hayward doesn’t dip into Panthera Group Thailand’s coffers when making donations. His charitable contributions come from his own pocket and the goodness of his heart.

Paul Hayward recently took the time out to support the Rotary Club of Bangkok South’s ‘Annual Charity Golf Tournament’.  An event which raised just under 600,000 Baht for charities in Thailand focused on disadvantaged youngsters. The funds raised during the Rotary Clubs event will aid a clean drinking water systems project and library kits for poverty stricken rural schools.

As busy as running a huge concern such as Panthera Group Thailand keeps him, Paul Hayward still finds time to advocate for Thailand’s impoverished and in many cases forgotten infants. Paul is often found handing out cash donations, care packages, toys, educational books, stationary and much more to orphanages far and wide. Thailand and its people have been good to Paul Hayward, his generous altruistic handouts are his way of showing his gratitude.

Paul Hayward of Bangkok, co-founder of Panthera Group Thailand said, “Giving to charity is a commonality we all share. However, we all have different reasons for doing so. For me, it’s simply about changing the lives of those who are less fortunate. The realisation that even the smallest of donations can make a substantive difference to the lives of youths that have been given up or simply abandoned is very rewarding. It’s meaningful work, clean water helps to end child mortality, books give them access to a better education and I’m lucky enough to be able to help provide those things. I’m committed to supporting children who sometimes find themselves in dire circumstances, in the hope that each of them will one day have a well-deserved full and happy life.”